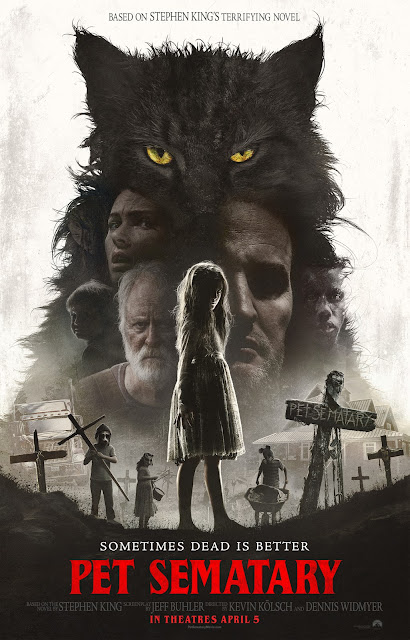 So 30 years is quite a long time in Hollywood standards to remake a film and Stephen King's Pet Sematary was always inevitable, and we finally got a remake to a film that I have only ever watched twice as both times it scared the hell out of me.
Yes we have a PG13 Hollywood remake or reboot that is uninspiring and completely devoid of any scares whatsoever, such a shame as it stars two actors who I have always admired and always put in a performance, that is Jason Clarke and John Lithgow.
The story is still the same the Creed family move from Boston to a small town called Ludlow that seems to have a heavy traffic problem, and a cursed patch of land behind a Pet Cemetary. If you've seen the 1989 film the story is still the same, only one small change and it is a big one, that it is a different child that dies.
We still have the friendly old neighbor Jud played brilliantly by Lithgow, who I actually preferred, but certain things never worked with have less Pascow, hardly no Zelda two characters that made the original film so dam scary. Jason Clarkes character is not fleshed out enough, although Amy Seimetz as his onscreen wife Rachel has easily the best performance as you believe she has a past that is disturbing through very few flashbacks of a disabled sister,  named Zelda who died whilst under her care and she feels all the guilt from that childhood trauma that she has carried into her adult life. Jetė Laurence as Ellie Creed is the films standout, when she is a cute as a button ten year old, to a very scary dead girl intent on murderous intent.
It is a shame as I had high hopes that this film would bring maybe a new take on the best novel by Mr Stephen King, instead it was an almost carbon copy, with zero scares, zero tension, zero blood, a film that almost the entire first half is just exposition to tell the tale and build up to a conclusion that we already know. A film wasted, and a reboot that will easily be forgotten just like the likes of Nightmare On Elm Street 2010, Friday The 13th 2009,Total Recall 2011, films that have been remade and no one can ever really remember them, or even care to.
2/5⭐️⭐️ 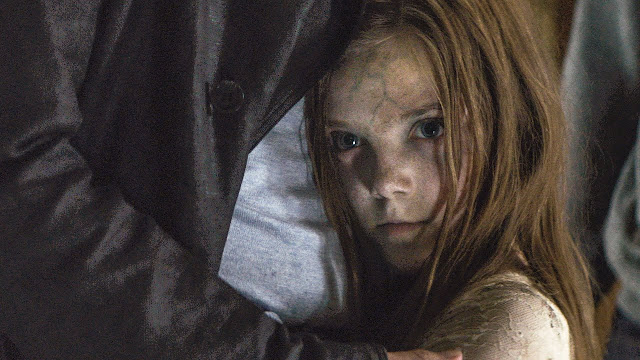