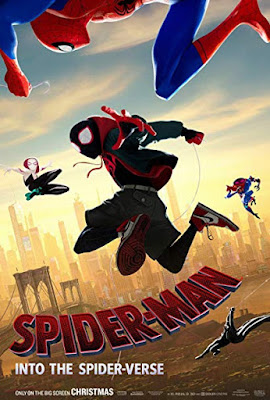 Having grown up and loving The Amazing Spider-Man cartoon series of the nineties I was a little dubious about this movie, but how wrong was I, with this I'm afraid to say is probably the best film in the Spider-Man franchise.
This quite outstanding piece of animation, with trippy visuals, manga style animation in some segments, bringing together three of the fans most popular versions of Spidey.
We see Peter Parker, Miles Morales, Spider-Gwen all given equal screen time with most given to Miles Morales who is a new bee to his spider powers only recently being bit by an escaped radioactive spider. Soon Kingpin opens a gateway between dimensions using a Hadron Collider sucking all the heroes from their respective dimensions gather in Miles dimension, they then have to work together to defeat Kingpin and hopefully get home to their respective dimensions before they seek to exist.
This film is the Spider-Man I remember with a different twist as Miles is the new Peter Parker, and he is brilliant in this, a young streetwise kid learning his powers, whilst being treated like a child by his cop, father.
This coming of age film was almost created by Sam Rami in Spider-Man with Toby McGuire's in 2002, which was good, but this movie is so much better, Miles is incredibly likable, a clever kid learning the motto " with great power comes great responsibility" but with a naivety and a determination that he will succeed with his powers.
With this film getting 5 star reviews almost everywhere I can agree with all the critics as this movie really is a must see, it is amazing after three attempts to get the perfect Spider-Man to the screen it takes an animated version to just do that, and you know this film is just wonderful.
5/5***** 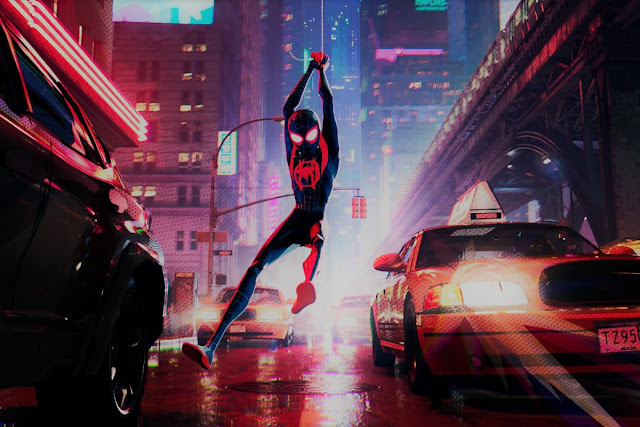