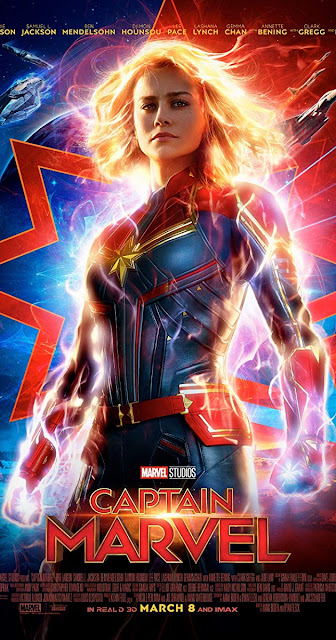 So Captain Marvel hit our screens recently and many are happy many are unhappy and for some reason I cannot understand the latter.
This outing is easily the best single outing of any character since Ant-Man, and like that movie it has the same heart and humour missing from previous outings aside Thor Ragnarok. This doesn't have to send out a message or a political statement about race, or it doesn't need to kill off main characters for shock value, what you do have is an enjoyable romp of a movie that will quite happily fill up two hours of your life.
Yes it has negatives the opening half hour is drawn out, overlong and a little confusing, there are a lot of flashbacks which some including me find and annoyance in any film I watch.
Those though are the only negatives as the positives well outnumber the negative, Brie Larson whether you like her in real life, to some she is annoying with her feminist views, take those aside she is a fine actress, and brilliant in this, and the chemistry between her and Fury ( Samuel L. Jackson) is spot on, totally getting each other onscreen. The cat OMG is scene steeling and the most gorgeous ginger Tom seen onscreen in some time, the scenes of the macho Nick Fury turning into a goey wreck is hilarious.

This film is easily my favourite, the humour alone is worth the price of admission, but it has everything, great acting, great chemistry between actors, a lovable cat, a killer grunge and indie 90's soundtrack and a final third that is the most enjoyable piece of cinema I have seen in a while. After seeing this I'm actually for the first time looking forward to seeing Avengers Endgame in April to see Captain Marvel kick some serious Thanos ass, and why they kept this character till last is an enigma in itself as she is clearly the most powerful Avenger, also it is a masterstroke as it makes Endgame a must see.
I've always thought the single outings of Marvel characters as a filler, well Captain Marvel is certainly a main course.
4/5**** 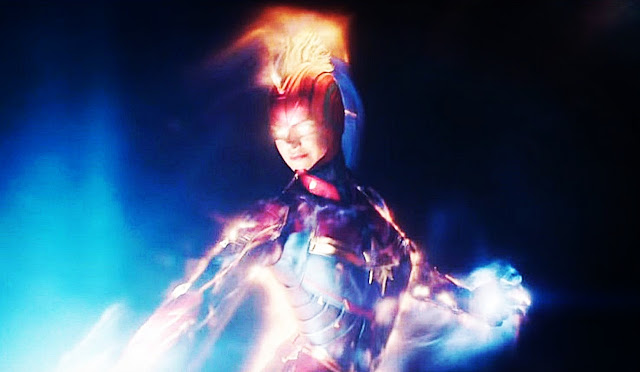