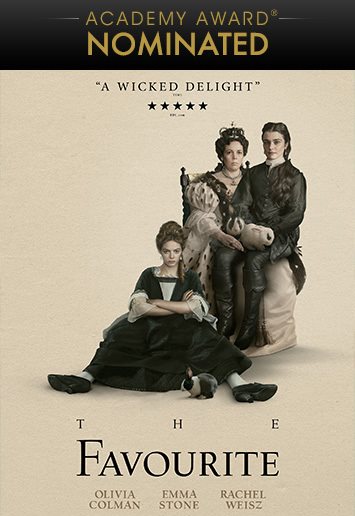 As some have already said this is not your usual Period piece, and they are so right. I thought about not including this on this blog, but seeing it, and it proving me so wrong how bloody good a film it is. A film that is deliciously dark in nature, with a touch of very dark humour added, this film has Oscar written all over it. The film and performances were so good it really is hard to pick out a performance as the trio of superb acting from the ladies involved was a joy to behold.
Olivia Coleman is very much British Royalty herself, and is the Queen on the block of British female acting talent, and an Oscar with her name on it is rightly due. I'm under the impression that Emma Stone and Rachel Weisz are also nominated for best supporting actress, and it is would take some brave decisions on the Oscar voting panel to pick a winner between them.
Now back to the film set in the final years of the Stuart Dynasty, where Queen Anne was the first ever Queen, a lady plagued with bad health her entire life having lost or miscarriaged 17 of her children leaving no heir to the throne, thus her being the final of the Stuarts.
Where men wore wigs, and makeup as they were meant to look pretty, and two close confidants to the Queen both baying for her affection, in a woman vs woman, dirty deeds, double crossing fight for the love of this slowly deteriorating Queen.
As I said this movie is deliciously dark in tone and nature, but still maintaining a darkly comic vibe, I'm the first to admit I hate these dramas, I never watch them, I tut in disgust as these films always get the critics on board, and get the Oscar awards buzz. Well this film I loved, I like dark films, I like independent drama, I like films that aren't afraid to push boundaries, and this film achieved that so easily. It is funny, it is dark, it can be offensive, but I loved it even more for being that way, the quirkiness the I'm not going to be afraid to offend is why I loved this very quirky dark film.
A film that is a guilty pleasure, a film where scenes are pushed to the very edge of humour and decency, but still rewarded with a perfect film.
Amazing cinema 4/5**** 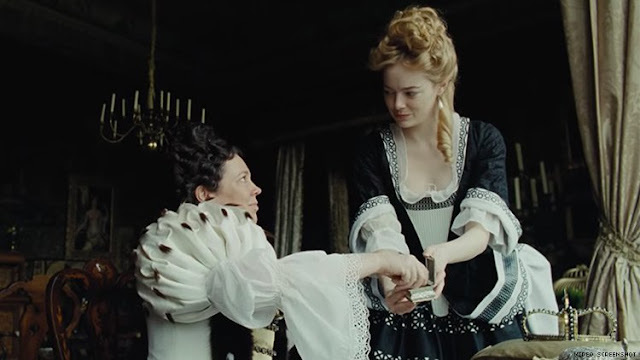