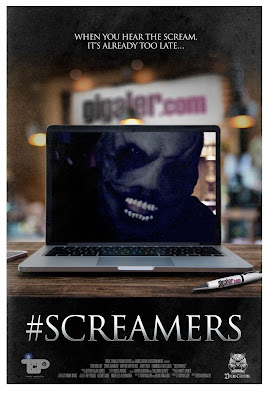 Another found footage movie, that on my first viewing was not outstanding, but actually thinking about it afterwards it does have a very eerie edge to it. We are all interested in these Creepy pasta articles and videos, with unknown videos being uploaded, most are probably fake, but some are hard to explain. This is that kind of story, a movie about a medium sized tech company on the up trying to take on the major tech giants with a new platform named gigaler.com, a rival platform to YouTube, where once you join your history is tracked and only videos relevant to you will be shown. Such as the point made in the film that currently when you use YouTube the algorithm only gives you videos currently similar to the current video watched, well what would your viewing experience be like if they knew the exact video you'd watch next. This is the premise of this new tech company. With the whole movie being shot in documentary style we have the two founding members talking about their baby in this company that is slowly growing, when an anonymous video uploaded in the Creepy Pasta style suddenly gets over 30 million views, the company director wants to get exclusive rights to this creepy video and the person who uploaded it. This then turns into a huge mistake as not all is as it seems, and maybe this video has been posted by supernatural sources, and the investigation into the original posting should have been left alone, and just let money generate from it, instead of the usual greed of wanting more, and the chase for being famous.

This movie isn't the scariest of movies, nothing happens hardly at all in the first 45 minutes, but it is an interesting character based piece about tech, our need for social media and the clever tech geeks who bring it to us, with an unnerving horror element added to the mix. As said previously it's not overly scary but does stick in your consciousness, the obviously jump scares are a pain in the ass, but this movie stays with you afterwards in a strange way, and that isn't a bad thing.
3/5*** 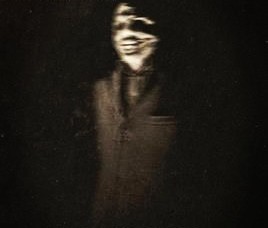