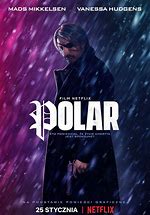 From the director of many Madonna music videos Jonas Akerlund we get this movie, another revenge movie that is not nearly as classy and clever as it thinks it is, it is no John Wick. Strange as I was really looking forward to this, and although it is good, it ain't great. Based on the Dark Horse graphic novels of the same name, about a hit man set to retire in 14 days, yet his employers do not want to pay him his pension money, and are determined to retire him for good to the afterlife and keep his money.
Although unsuccessful attempts at his life he is determined to bring down his former boss who ordered the hit. The action set pieces are impressive, the torture scene is quite horrible, and the decapitation scene is a spectacle, the problem is the movie is more style over substance. The director is more concerned with fantastic visuals rather than telling a good story, and that is the main draw why this movie isn't as good as it thinks it is, the ultra violence is just too much in most scenes.
I would have loved to have seen this directed by another director any director that isn't just concerned on making a movie that looks good rather than a movie that is actually good if that makes sense.
The plus points the cast is very good Mads Mikklesen is his usual brilliant self, Matt Lucas is having a blast as the bad guy, the most impressive bit of casting is Vanessa Hudgens in a role she's been waiting ten years to break away from High School Musical fame, with many attempts at adult roles this is easily her best. A role in which she is barely unrecognisable, but a role that I thought she had nailed, the final scenes of the movie and her emotion is outstanding, and the ending and twist is the reason I will give an extra star.
This is a good film, but not a great film, it certainly does not deserve the low ratings on Rotten Tomatoes, but will no doubt get a decent number of watches on Netflix.
3/5*** 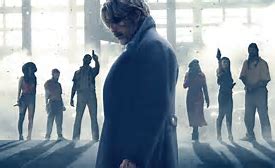