Is this a gimmick, or a shameful cash grab from Fox before they sell their souls to Disney and lose the rights to their one and only Marvel hit outside of the Marvel Universe.
This is a hard one to sell, advertised as a charity event to Fuck Cancer, so that every dollar from a cinema ticket sold goes straight to the charity, in return a so called child friendly version of Deadpool 2 without the violence, F bombs and sexual banter a PG13 version was created especially for Christmas for just 10 days in December.
Well is it worth the effort, I would say yes, if you're a fan of Deadpool just go and see it again at the cinema,  it is more or less the same Deadpool 2, with just cuts of violence and blood taken out, most if not all the F bombs are bleeped, and we have 15 minutes of new footage including a kidnapped Fred Savage tied to the bed whilst Deadpool tells him the story of Deadpool 2, recreating the scene from a Princess Bride.
Yes it is a cash grab we all know that, and yes a lot of the so called new footage is a rehash of deleted scenes already available on the extended blu ray version. But it is worth it for the Fred Savage scenes tearing apart plot holes, and easily the funniest scene, with him talking of his hatred of Matt Damon saying he would like to fight him, but every time he says the word fight it is bleeped out, making it sounds like he wants to f**k him is comedy genius.
So yes it is the Same Deadpool, it is still way too violent and still too sexual to be shown to kids, but as a gimmick that actually benefits a great charity I have no idea why so many critics slammed this movie, as I said if you liked or loved Deadpool 2 you will still like this, because as film lovers we all want to see that directors cut, or any cut of a movie that we already love.
4/5**** 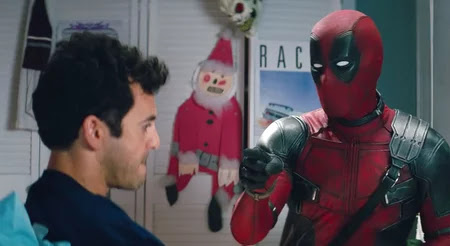