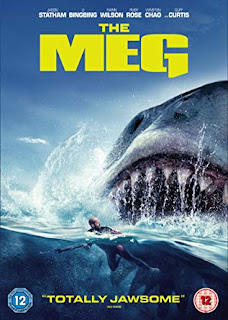 From the books by Steve Alten this film was green lit starring Jason Statham, Li Bingbing, Rainn Wilson and Ruby Rose this American/ Chinese production distributed by Warner Bros. This watered down PG13 version is what eventually came out, although cast, director and many fans wanted the R rated version, and according to some if allowed would have been a blood fest of fun. This never happened but we did get a watered down version that is still watchable. The story of deep sea divers and scientists wanting to go to the depths of the ocean never explored before, and proving the sea bed is actually deeper than first thought,with a protected layer of gases that prove the sea bed is in fact thousands of metres deeper under this protected layer of sand mass and gases. To the scientists dismay they realise that prehistoric creatures of monstrous sizes still exits down there including the extinct megaladon, which escapes into the ocean, and is hell bent on exploring more of the vast ocean and to find more food, including humans.
The film I feel cheated a lot of people as trailers show a giant shark entering shallow waters to which holiday makers are bathing, you think is gonna be a blood fest of gore to which we don't see. We do however see a very long intro sequence that seems to go on forever explaining the science behind everything, to which most people just wanted to see a giant shark eating and destroying coastlines.
The film isn't that bad though, although more comedy elements were needed as it took itself far too seriously, not like other great shark movies such as Sharknado and Deep Blue Sea, Jason Statham is good, then again he does tend to be reliable in most movies he does, the only difference is he is not kung foo fighting bad guys, but just kicking a giant shark in its face. Yes this movie is completely ridiculous, then again what movie were we expecting, it is a little too long, a bit bogged down in nonsense scientific jargon, not as violent as I hoped, but still an enjoyable romp of a film, that admittedly will be forgotten soon after but still an enjoyable film, with a big ass shark, what more do you want.
3/5*** 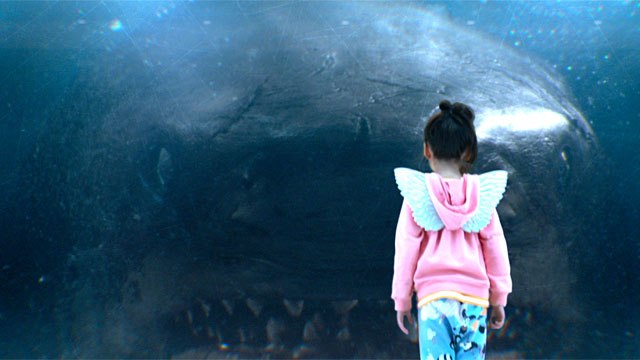