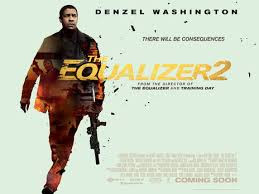 Denzel Washington starring in a first and that is a sequel to the 2014 Equalizer directed once more by Antoine Fuqua, and in my opinion better than the original. This time we have Robert McCall who is now an Uber type driver not working in a hardware store, who is brought back into action as his longtime friend of the secret services, to which we are never told but assume its the CIA, is murdered he is determined to find out the conspiracy on how she died, whilst helping out other souls in need such as a rape victim, and getting back at her rich boy, daddy privilege assailants who think they are above the law, in one of the most horrible bone crunching action scenes I have ever seen.
To an action packed ending in an abandoned town, fighting mercenaries whilst also fighting a hurricane, is a joy to watch, and proving how good an actor Denzel is, but also how he has made the character his.
This film is just pure escapism and is what movies are about, to forget all our woes for a few hours and invest in a film that truly delivers on the action stakes.
A bone crushing sequel that is everything its equal to the original, if not better, and is a great beer watching film night with friends.
4/5**** 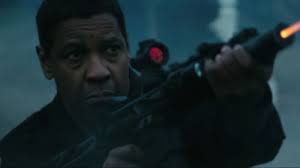