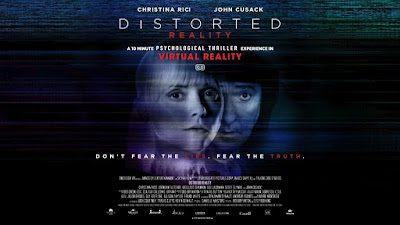 A terrible movie that is even more so for the talent wasted  in Christina Rici and John Cusack who is recently turning into Nic Cage for doing crap movies.
A story of a woman who is recovering from some unknown experience, suffering from chronic depression, a once talented artist, who is suffering from some post traumatic stress. Moving from her apartment to a recently purposed built fancy complex building, with state of the art facilities, including a gym, open communal areas, constant streaming of cctv to feel safe.
Yet she feels the opposite, she feels the building is watching her, paranoia sets in as she fears her neighbours and other residents, subliminal messages appear on TV broadcasts, people appear and disappear on cctv broadcasts.
Is this all real is is it part of her delusion from her depression and already paranoia, or is this building tapping into her already damaged mind, as some kind of mind controlling experiment. This movie is marked as a thriller, but it is far from that, with poor performances especially from Mr Cusac, who is just dreadful in this, phoning in his performance, this film is a run by numbers thriller, that has no thrills. Has elements of the film Sliver updated for the social media generation.
A piss poor film that has wasted two talented actors, who only accepted this movie for a quick pay cheque and fast buck, avoid, avoid, avoid.
1/5* 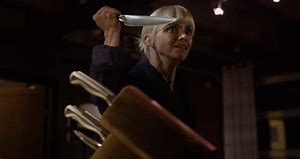