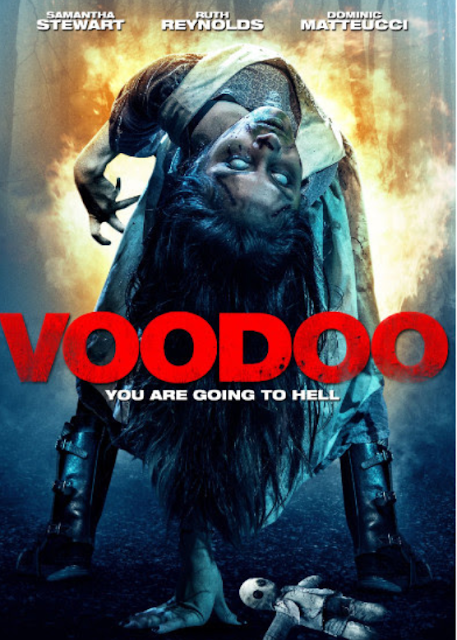 I have to thank Wild Eye Releasing for the screening copy of this movie.
Although all the appreciation I will give, for free movies I'm getting a little fed up of seeing bad movies, and unfortunately horror movies are the cool genre of choice. Films are getting cheaper to film using camcorders, mobile phones, the found footage genre has made all this possible, yet so many are so badly excecuted.
I like low budget movies, some of the greatest classics are made on a miniscule budget,  Texas Chainsaw Massacre, Evil Dead and The Blair Witch Project, all perfect examples of low budget, but fantastic film making, Voodoo has none of this. From what I could make of any of the plot, a woman after an affair with a married man, moves from her southern state and moves to LA to holiday with her best buddy, unfortunately it seems her married lovers wife cursed her with a Voodoo curse, to curse her to hell. All this is told via a video diary. 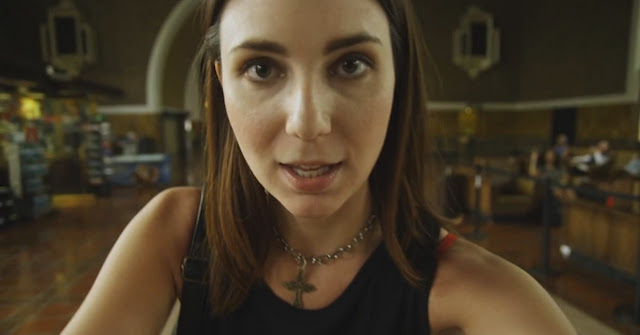 Yet at the midway point of this movie it had some really good sound effects, that created a great amount of tension, even I was a little impressed, then the few minutes of good film making turned into the worst farce ever, looking like it was a Troma release. It was farcical, like the director, and screen writer had no ideas how to complete the final third, throwing every idea in, and failing miserably, a rape scene from the devil himself, to a child abuser, and grooming scene that is unnecessary. The film is so unbelievably bad especially the final 20 minutes, that is an insult to horror, it really is a shocking, dreadful film, and if any distribution companies are planning on releasing it, please don't. No doubt it will get a VOD release date, and it has on 9/11 of all days, if you can manage to watch it good luck, as I would've gave up earlier, it was only because I review for my blog that I persevered with it.
1/5* ( shockingly bad) 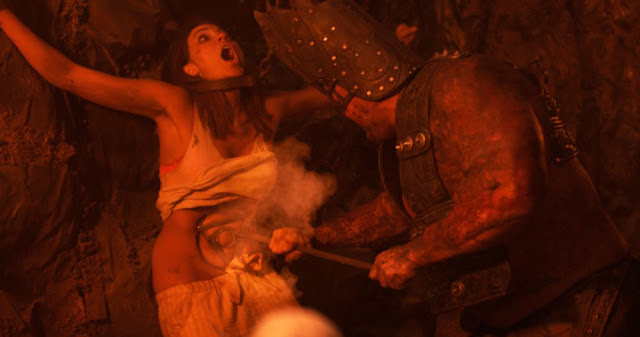