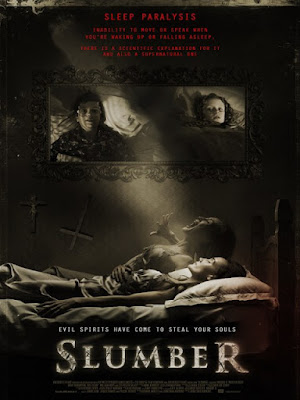 I really had high expectations for this movie especially as it covers something that affects me and millions of others that is extreme nightmares and sleep paralysis, a condition where your brain thinks your awake yet you are still dreaming, yet you cannot move your body, and you feel like something else is in the room with you.

Plot summary, the Morgan's who are already suffering from grief, after losing a child to cot death, and their oldest son Daniel (Lucas Bond) is suffering night terrors, and a nightmare of something trying to suck the life out of him. They go to a Sleep expert Alice Arnolds (Maggie Q) who's own life suffered a tradegy when her brother died as a young child in a sleepwalking accident. These are resurfaced again after coming in contact with the boys family, who she is trying to help, with nightmares of her younger brother tormenting her once more. With her visions and nightmares getting progressively worse, and the boys life is in serious danger as these nightmares are actually a demon that manifests itself in the dream world to take lives, those that allow it in, and Daniel is the soul the Demon needs to take.
What we have next is a film that started with decent ideas, but ended up being the most preposterous film I have ever seen with a ridiculous final third that completely rips off A Nightmare On Elm Street, then bastardising it. A film that is incredibly loud, but actually offers zero scares, scenes that are meant to make you squirm doesn't, even a woman pulling teeth just isn't scary or upsetting. It is badly acted, with a silly ending, even Sylvester Maccoy as a deranged expert on this dream demon is so wasted. A film that could've offered more, to explain the myth of this dream demon that is linked to sleep paralysis, instead we have a film that is just dreadful, just like the crappy CGI demon we see later on, do me a favour avoid this turkey, and watch A Nightmare On Elm Street instead.
1/5⭐️ 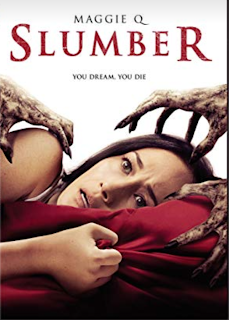