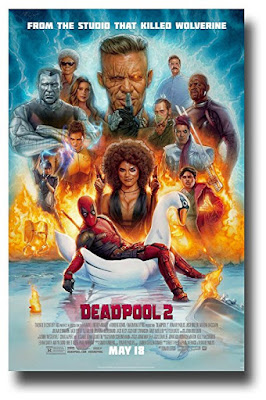 A rarity that a sequel surpasses the original, but to actually better it, and out smart it, is an amazing feat. I cannot put into words how good this movie is. A film that Ryan Reynolds was born to play, a natural comedian, the one liners, the piss taking of Marvel and DC, the whole X Men theme is ripped apart again, with Wade whizzing around the School for gifted, in Professor Xavier's chair saying it smells like Patrick  Stuart. The action set pieces are bigger and better, the car, moped chase scene is worth the admission price alone. A film that was so naturally funny these days are a rarity alone, it is without doubt easily one of the funniest scripts ever. With spot on casting from the inclusion of Josh Brolin as Cable, cameos from Bill Skarsgård, to Terry Crews, Rob Delany as Peter. With outstanding performances from Zazie Beetz as Domino, and Hunt From The Wildness actor Julian Dennison as Firefist. This film is as close to perfection as any movie I'll ever go and see.
It is no wonder Solo A Star Wars Movie is struggling only being released a week behind this, this movie has it all you'd expect from a summer blockbuster and more, a film that I would happily pay to go and see many times.
I'm still in shock and awe at how good this movie was, I laughed so much, I even shed a tear over a bloody super hero movie for goodness sake, this is a franchise that Fox can be proud of, and hopefully will keep before Disney gets their hands on it, and turns it into a PG 13 rated movie, instead of the excellent R rating it currently holds. Honestly this is the most fun I've ever had watching a movie, a movie that I will never ever forget, and will hold dear in my heart, and may have actually made my top 10 movies of all time.
Just perfection 5/5***** 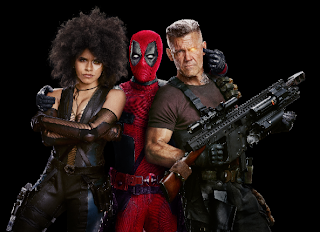