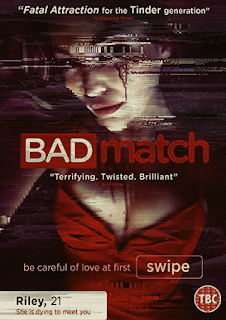 Bad Match, or Fatal Attraction for the Tinder generation, well it does say that on the cover. Anyway I saw this the other night, and what a crock of shit it was. A story of a cocky twenty something millennial, Harris who is too busy for a relationship so Tinder is the fuck app of choice. Now I'm not saying Tinder is a fucking app, but in my experience from very good friends you only go on it to get laid. When Harris meets Riley and doesn't swipe left, she is gorgeous, a young twenty something, on meeting up they click imediately, they drink, party and fuck. Trouble is Riley has become smitten with Harris far too quickly and when he makes it clear it was only a one night thing the games begun.
With Harris's life spiralling out of control loosing his job as his Twitter account is hacked, and caught bad mouthing the company he works for, whilst being arrested for child pornography on his computer that he didn't download, facing five years in jail for the offence. His life is in ruins unless he can prove to his friends that this girl Riley has caused all his woes, all because she didn't like being used, and ignorned.
The film has zero scares, is incredibly boring, with no likable characters whatsoever you're supposed  to feel sorry for Harris, but being a bit of a dick, you really don't care about his predicament. Riley is a two dimensional character, with absolutely no explanation why she does what she does. With a good ending though which is the only saving grace from this dire movie. I've seen better movies about the dangers of these apps, and social media in general, read or search my blog as I've reviewed most of them. This movie like the bad ones I reviewed is instantly forgettable, in fact I've lost interest in .............
1/5* 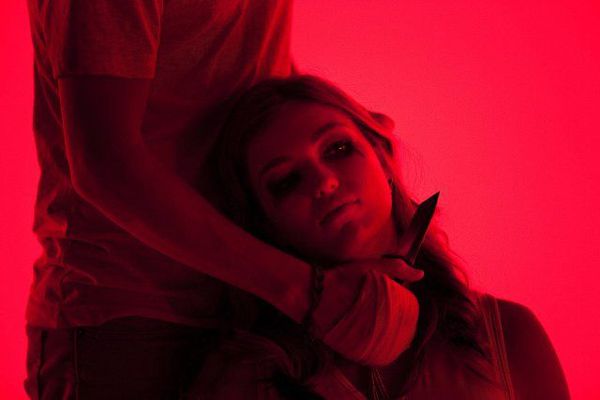