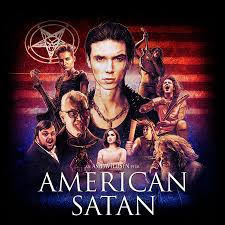 Released last year at October I'm glad I had a chance to see it, a story of a struggling band who met over the Internet, part British part American, trying to get that break in LA at Whisky A Go Go, where some of the most famous rock bands found their fame. The likes of Motley Crue, Van Halen, Guns And Roses, will Relentless have the same luck?. Well it's hard to get noticed when you have no money as a band, never really played together, still missing a bass player, and a bad English manager who is way too much of a push over. A chance encounter with a gentleman who offers them a chance of a lifetime the promise of fame, money and anything they desire, with just one clause take a life, create a sacrifice, and all the trappings of fame is all theirs.Of cause the band do this, and instant fame is theirs, a record deal, a number one single in the Rock charts, a supporting act to another famous band on tour. Relentless, and their carasmatic singer Johnny Faust become an instant success, thing is the church groups hate them as their lyrics about the Devil, drink and drunks is offensive, the press are against them, but the fans love them, with an almost manic fan base. That are willing to throw themselves at all the band members, mainly under aged girls looking for that big social media brag of bedding a rock star.


Soon the band members realise that a deal with the devil always comes at a price, with more blood sacrifice needed to appease the dark one, drink and drugs take the band, and they are at breaking point before their careers have really taken off.  Can they save the band, can they actually save their souls, with a manslaughter charge, arrest for underage sex, hooked on heorin and booze, and a deal with the devil still wanting his dues.
What we have is a really great movie about the excesses in life thrown at a young band that weren't ready for the fame and fortune, some great music and a great metal soundtrack, that isn't available in the UK, only on download, as I like real CDs and vinyl looks like I won't be getting this fab soundtrack. With an almost unknown cast, except for the lead singer of Relentless who is played by  Andy Biersack an already established band member in another American rock band called Black Veil Brides, with the strange thing his voice is not the one heard on the soundtrack but of fellow vocalist Remington Leith of Palaye Royale, obviously for copyright reasons, or contractual obligations. The rest of the cast are relative unknowns, but with cameos from Malcolm Mccdowell as the Devil and Game Of Thrones favourite John Bradley, with WWE star Goldberg acting as the bands tour manager and muscle, with a ridiculous Denise Richards as Jonny Faust's mum, who clearly isn't old enough to be a mother of a twenty plus year old. Apart from a few gripes this movie is really enjoyable, the music is brilliant, the workings of a band is really interesting, I wish it had more violence and blood, but I think it is a story about this band, not the devil himself. Still it is an interesting film that deals with the message be careful what you wish for as it may come true.
3/5⭐️⭐️⭐️ 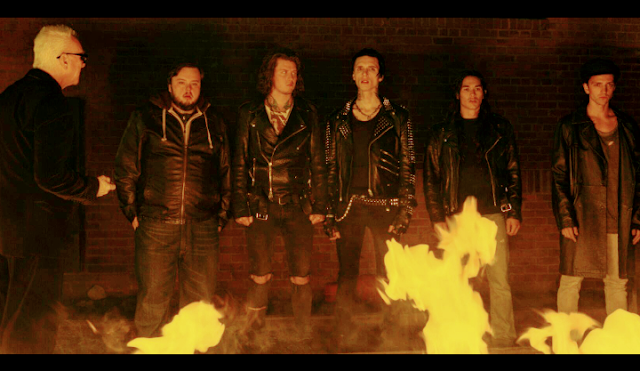