*Warning this review does contain expletives*
The Strangers Prey At Night, we have had to wait ten years for a sequel, and I'll admit I was dubious that it would match the ferocity of the original, which I will say alongside Funny Games, The Original Strangers were the two films of 2008 that really got to me, and still do.
Yet is it any good, well in total honesty yes it is, not quite as good as the original but in places it equals it, or even betters some scenes. The premise is almost identical Three masked killers Doll Face, Pin Up Girl and Man In A Mask arrive at a secluded holiday caravan park, at the same time this dysfunctional family who are here for a make or break getaway. We have the knock at the door again, and it soon becomes apparent that things are not looking good for this family, and will it have the same outcome as the original?, I'm not going to disclose anymore as it is still in cinemas at this present moment. All I can say it is definitely more brutal, and some scenes I shouted out "fuck me" yes it does have an adrenaline boost that will kick in anybody's flight or fight syndrome.
We still have the same horror mistakes everyone makes, when at first you realise something ain't right jump in ya car and fucking drive away. If you point a gun at a killers head, fucking pull the trigger idiot.
Apart from that it is an andreline packed movie, that certainly raised my heart rate, although it doesn't quite have the same shock factor as the original, it still is a really good movie. Surprisingly we have lack of jump scares, which in a movie like this is a revelation, instead we have the three killers moving about menacing, but in a slow orderly fashion, like they're truly enjoying the fear they are putting on this poor family.
As I said I enjoyed this movie, it is not as shocking as the 2008 film, but it certainly is more entertaining, has more shock moments, and an outcome that is unpredictable. Yes I know this film is recieving mixed reviews, well in my opinion it is a solid horror movie that delivers, and has some great scenes, that most horror film lovers will enjoy.
3/5⭐️⭐️⭐️ (Very good) 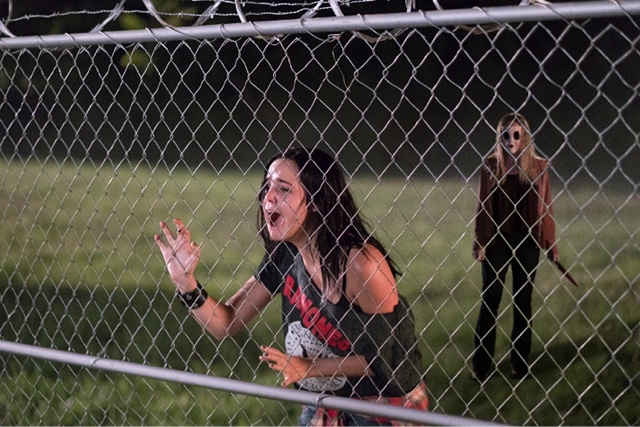