The Nursery film review. Directed by Christopher A. Micklos and Jay Sapiro. distribution by Uncork'd Entertainment. Not Yet rated. Running time 87 minutes. 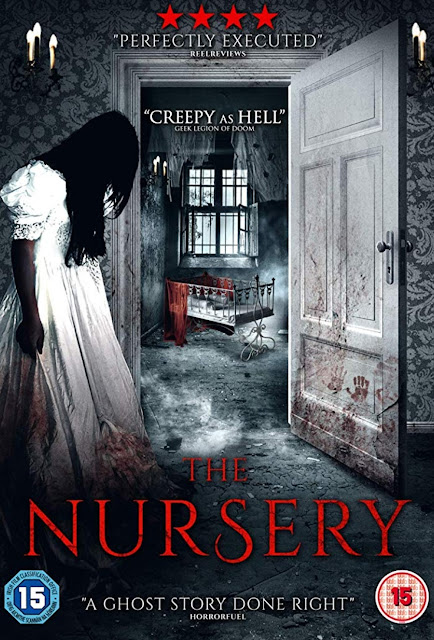 Many thanks for Uncork'd entertainment for this screener copy, and for once I was impressed, as some low budget movies are dire, I did find myself engrossed in this movie.
First I'll start with the negatives, It isn't the best acted movie, then again it is a horror film, so I'm not expecting Oscar winning performances.
Second it isn't the most original movie either, a typical malevolent ghost story wanting to do harm.
I'm surprised that there is only two negatives, as the rest of this movie I did enjoy, the creepy nursery rhyme music at the start does unnerve you, it is then followed by another song that is equally disturbing too. As I said the use of music in this film especially the two original songs by some unknown female performer are outstanding.
The camera work, the neon blue pallet tone is also unsettling, we don't see much of the malevolent spirit which is a bonus too, as I always believe sometimes seeing less is more, and these directors obviously love, and know horror movies well, to not show too much. The twist near the end is really good also, making this which was an average film into something that is so much better than average. Considering these guys, funded, wrote and directed this film in there spare time as they hold down other camerawork jobs is an amazing feat.
Yes this film won't win probably any prestigious horror awards, it will not get the same amount of views that a Blumhouse production would, but it should be given a go, or at least a watch out of curiosity, these guys do have talent, yes the script is a little clunky in places, but then again you name me a perfect script in any movie.
These guys do know horror though, they know how to create tension whether it is via neon blue pallets, or the use of sound and music, and trust me I've not seen a film that a baby crying has unsettled me. It is not perfect, but is a solid attempt that I believe these guys with a bigger budget, a better cast, will only improve and be directors to look out for. Well done sirs Christopher A. Micklos and Jay Sapiro on A great debut film, that hand on heart I really enjoyed.
3/5*** 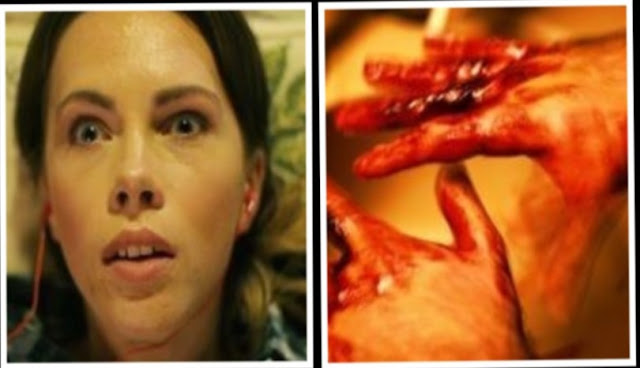