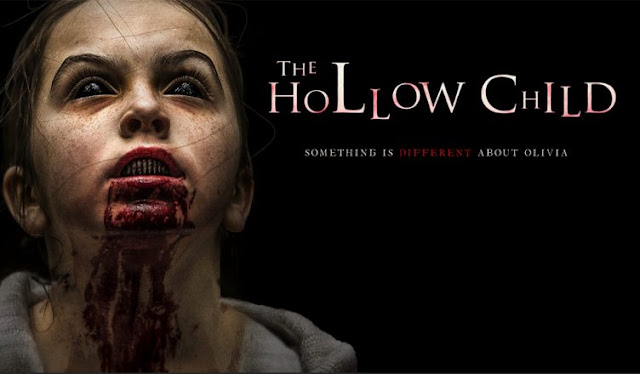 The Tag line is There Is something wrong with Olivia, and with the fab poster artwork you feel you are about to see a creepy film.
Problem is the very clever artwork is just like click bait, it draws you in, you think "oh scary kid, scary film" well it isn't.
Although this film is far from being dreadful it just isn't very good either.
We have teenage Sam, who has been fostered by this family, she has mental health issues after being abandoned by her own mother, and resorts to self harm to cope. She has her foster family daughter as her half sister Olivia who she calls 'Squirt' one day whilst walking Olivia home, Sam decides to go off and smoke weed with her best friend leaving Olivia to walk home in the woods by herself. When Olivia fails to returns home, Sam is filled with guilt especially finding Olivia's backpack in the woods, feeling the worst that Olivia may be dead, and being hated by her foster father.

The strange thing is Olivia returns a few days later, unscathed, unhurt to her parents delight.
The thing is Olivia seems different, and only Sam sees this, Olivia cuts out the eyes of all her cuddly toys, she torments the neighbours dog, she is found wondering around the woods at night.
Sam's friend disappears, so does the neighbours dog, is Olivia to blame?
The sad thing is this film has a really clever concept, shame it takes too long to actually rev up a gear, as everything is left to the final 10 minutes, leaving over an hour of character development, and very few scary moments in between,the fact this film has zero scares, at least no jump scares I suppose, but it is an incredibly boring film, leaving it too little too late to create any scares or jumps or atmosphere, this film did remind me a little of the 1990 film The Guardian, and mysterious demon type nature creatures turning on the living.
A good idea wasted, add a bit more gore to the mix, some more scenes of creepy Olivia murdering more people, maybe this film would've benefited from a jump scare or two, even though I hate them this film needed something extra.
2/5** (disappointing) 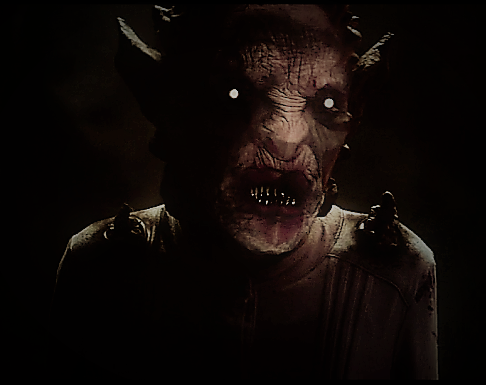