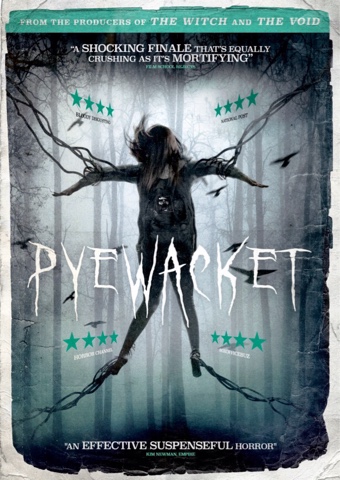 There is a very clever quote" be careful what you wish for as it may come true" this movie is that moral tale. A movie that sums up teenage angst and bereavement, a young woman dealing with the death of her father, and learning to live with her mother, who is after all just trying to do her best to raise an only child as a single mother. The film deals with resentment, loss, anger as the result of loosing a parent/ husband. In Mrs Reyes ( Laurie Holden) case the loss of a husband, that was not perfect, was adulterous, but still was her husband and dad to her child, we have Leah ( Nicole Muñoz) her late teenage years thinks she knows everything, but eventually knows nothing, and hates and blames her mother for everything, like most teenage girls. Yes I can relate I have a teenage daughter of the same age, and I have seen the awful rows my wife and she has, the only difference is, is they Kiss and make up, and move on, where Leah's deep hatred of her mother is so much so she wants her dead literally, and learning, and being interested about the occult, witchcraft and medieval worship of spirits, she became interested in after the death of her dad.
After one argument too many Leah decides to go to the woods near her home, performing a ritual taking locks of her mothers hair, using her own blood to raise an ancient spirit called 'Pyewacket' a mysterious malevolent spirit to kill her mother.
Believing after the ritual that it was just a release of teenage angst, she moves on, to only learn later that she may have actually suceeded in raising this evil spirit, and it may actually be wanting to kill her mother.
Now the reason I liked this movie I do like slow burn movies sometimes, I like to be paitent wiith some movies to be rewarded later on, well this movie was no exception as the final third is the creepiest, and unnerving experiences I have seen in a while, the ending is worth the price of the movie alone. We have no pathetic jump scares, we don't even see the spirit or demon, but still aware of its presence. That is the genius of this movie, the use of perfectly framed shots, the desolate wooded scenery used to perfection, the feeling of isolation, that actually really matches the moods of both Leah and her mother. It is this slow pacing that actually improves the movie tenfold. The acting is amazing throughout especially the two leads in Laurie Holden and Nicole Muñoz.
What this movie does show though is the sacrifices us parents have to make, yet Children never ever seem to realise, and sometimes shouting at your child is not in hate, but usually out of love,and usually comes across as hatred, when teenage hormones and angst kicks in, and for that minute you hate your parents, you don't really, you do love them, but unfortunately it is hard to show it.
This is what sums up this movie, and bond, that sometimes is fractured between parents and teenagers, that normally heals in time as we all grow older.
A perfect film about, love, loss, hate, the difficulties of parents, and some nasty pieces of witchcraft thrown into the mix, a tremendous film.
4/5⭐️⭐️⭐️⭐️