Killer Clowns From Outer-Space is 30 years old this year, and will be celebrated by being played at certain Horror festivals. 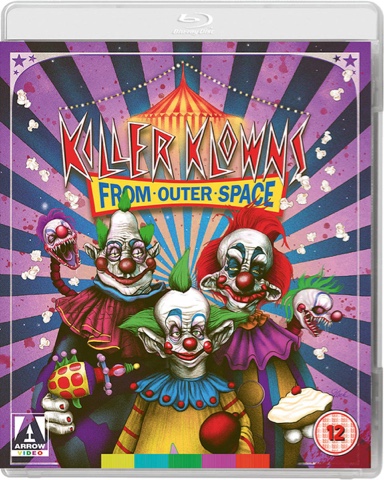 With Thursday nearly upon us here is my flashback, and this movie is celebrating its 30, yes 30th anniversary, and that movie is Killer Clowns From Outer-Space. Which will be getting I've heard limited cinema releases, and is being played at certain horror festivals this year.

An absolutely amazing film from 1988, that is so bad it is good. Starring cult scream queen Susan Snyder, Who is famous for Return of The Living Dead films, and her stint in other comedies  such as Weird Science. A very simple little tale of a comet landing, in a small California Town, within Minutes a strange Big Top appears. With reports of clowns walking about, and people strangely disappearing. Only Debbie Stone and her boyfriend Mike Tobacco, know the truth because they witnessed the comet land. Can they convince the other Towns folk and even the Local Sheriff of the terrible deeds the clowns are doing. Including killing people with shadow puppets, and custard pies that will melt your face away. The plan is to turn the entire towns folk into human sized candy floss sticks, to take back to their own Planet and suck out the blood, hmmmm lovely. Although this film had a very Adult Rating in the UK I think it was even an 18 certificate when it first came out,the violence and gore is tame compared  to today's standards,and looking at the film today it is quite tame now,with tongue firmly in cheek, with the humour, and slapstick violence. A cracking little cult film, that most horror fans know of, and remember these guys came first,before that Pesky Pennywise the Clown,and Captain Spaulding. 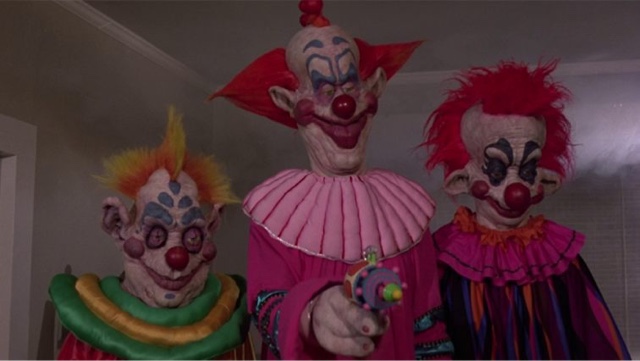