Is Hereditary going to be the scariest horror movie ever, with some saying it may be our generations Excorcist.

Is Herediary going to be the scariest movie ever, with reviews coming in, and a 100% approval rating on Rotten Tomatoes. It looks like this movie is going to be one of the most unnerving films of recent times, starring Toni Collete and Gabriel Byrne with some saying it is this generations Exorcist, a story about grief and the demons sometimes our parents leave behind, for us to deal with.

Here is a quick excerpt of some reviews.
Vanity Fair"Hereditary is a terrifically unsettling look at the howling despair of grief, combined with that good, old-fashioned fear of what demons we may have inherited from our parents."
Hollywood Reporter"Hereditary takes the core haunting element of a spirit with a malevolent agenda and runs with it in a seemingly endless series of unexpected directions over two breathless hours of escalating terror that never slackens for a minute."
Time Out"A harrowing story of unthinkable family tragedy that veers into the realm of the supernatural, Hereditary takes its place as a new generation's The Exorcist -- for some, it will spin heads even more savagely." 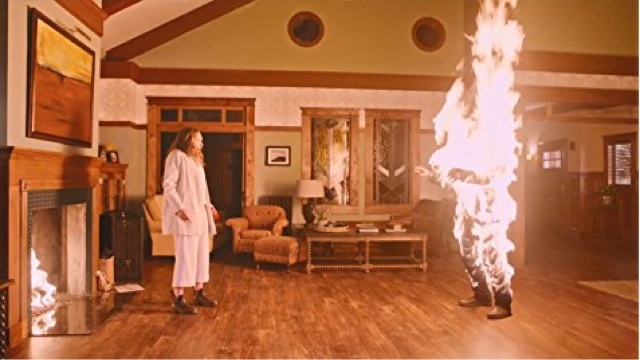