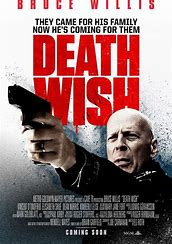 Welcome to the most ill timed movie of all time, just in the wake of another school shooting, we have this movie, which is a blatant second amendment, pro gun rights film, probably funded by the NRA, to show the American public " hey buy a gun it's cool and will protect your family" with pro gun commercials, and the ease on how to buy a gun in US culture. This pro concervative film is just an awful attempt to use the logic the NRA always have, if there was more guns on the streets there would be less gun violence, as ordinary Americans can arm themselves and shoot the bad guys with guns.
This ill timed remake has no place in the film world at the moment, even Michael Winner and Charlie Bronson will be turning in there graves over this travesty, with a tongue and cheek approach to gun and violent culture, did Eli Roth not get the original movie where Paul Kelsey took no pleasure in what he was doing, he did it because he felt let down by the same system designed to protect him. In this remake we have smug Bruce Willis in his first starring role for five years, and probably a career low, phoning in his performance, with two acting faces a smug one and a pained expression, god this was the actor who brought us John Macclain, how has become so bad at acting, either he is bored of it, or suddenly realising he is in a pile a shit and thinking " you what I just can't be bothered "
This film is just bad. The pro gun message, the hidden gun in furniture just in case you need it message, to put all the wrong doings in life buy a gun, and you'll be okay.
To have a whole story ark ignored in which Paul Kelsey's brother said he was a scrapper and a fighter in his youth, and you never see one fight scene, when it is easier to pull out a gun, we do see a torture scene to remind us that he is a doctor and can use a scalpel in an interrogation scene though, and Eli Roth reminding us of his horror routes and torture porn days.
Trust me this film has no right to be here, see Death Sentence, Harry Brown, even the very average I Am Wrath is better than this monstrosity.
2/5** 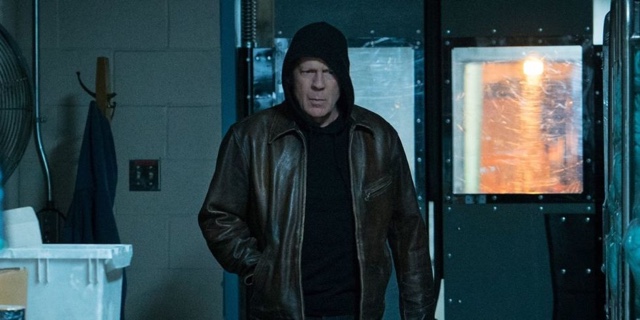