I so wanted to like this movie, with a very decieving trailer about a home invasion, and a home alone style fightback, this movie is not that movie, with a clever twist very early on.
It is this twist though that spoilt the film for me, with a very nasty side that spirals into more  vileness that was just too uncomfortable for me to watch and enjoy, I very nearly turned it off. Though I did stick with it, a very clever final third saves the film, but the very uncomfortable dark undertones of the film I didn't like.
It has been twenty years since I've been so uncomfortable watching a minor on-screen with such psychotic tendencies, and that was A Good Son, which took ages to come out in the UK, due to a horrible murder of James Bulger by two sick 10 year old boys in 1993, which this film The Good Son was banned for many years, because of similar themes.
Why were these films so hard to watch, easy you don't imagine kids having psychotic tendencies, and being capable of horrible things, yet in real life it does happen, yet as a parent it is hard to comprehend a child being evil. I like horror, but certain types of horror I don't like, and it is ones that involves children, or children being hurt or killed in horror, I'm a parent and it does nothing for me I'm afraid, and I do normally switch off, and the reason I never liked Better Watch Out.
2/5•• 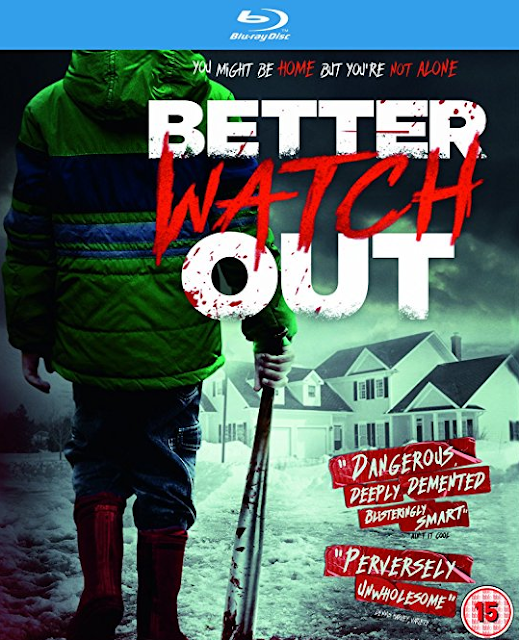