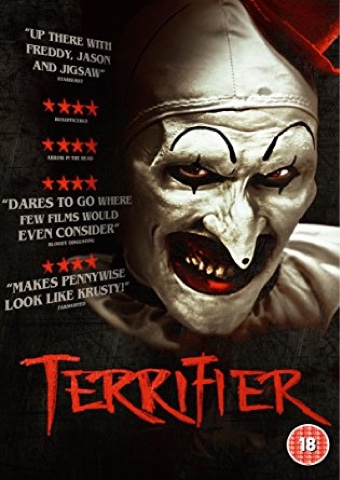 Yet another clown movie, but one that has to be the most shocking, brutal attack on your senses, that is sickening in places, and dares to show gore, not pull the camera away, with the story changing so very soon, you thinking your going to be gunning for certain characters to be just a red herring, with more characters to introduce latter on.
Art The Clown is without doubt the most sinister clown to ever grace our screens, showing up briefly in the between segments of All Hallows' Eve 2013. To finally have his own movie is a genius choice, I was thinking this wouldn't work, how wrong I was, this movie is shocking, the gore is sickening, we have the most depravitity of deaths, including a beheading, a woman literally cut in half with a hack saw from vagina to head, even a woman having her face chewed off lovingly by Art The Clown. If you cannot handle the gore do not watch this movie, I promise you if you are not a horror hound, or have experience in horror avoid this, as you will have nightmares for weeks.
It is a simple story set once again on Halloween night, two girls very drunk after too much partying, decide to sober up a bit before they attempt to drive. Whilst eating pizza at a local deli Art The Clown walks in, and takes a liking to one of the girls. Hence to say the two girls find themselves tied up at the hands of Art The Clown in a local abandoned apartment building.
The rest is the most brutal attack on your senses, followed by some of the most brutal gore seen onscreen in some time.
This movie is shocking, with absolutely no humour that makes the violence even worse, Art is an absolute psycho, with no humanity at all, with no apathy to human life, making him one of the new horror icons, We have Freddy, we have Jason, We have Michael, Leatherface, Jigsaw, Chucky, Pennywise, well welcome to the New Kid On The Block Art The Clown, if he doesn't get himself a funko pop vinyl figure it would be a travesty.
4/5⭐️⭐️⭐️⭐️ 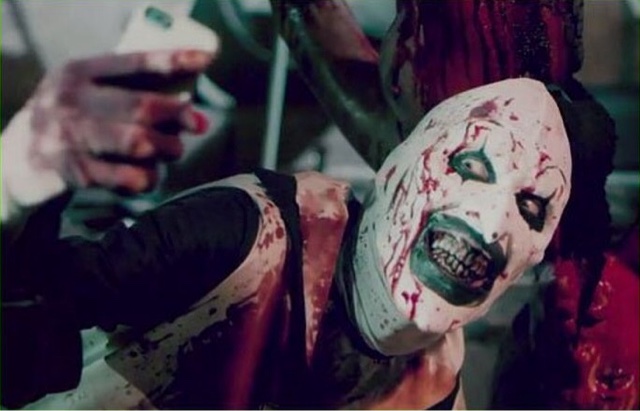