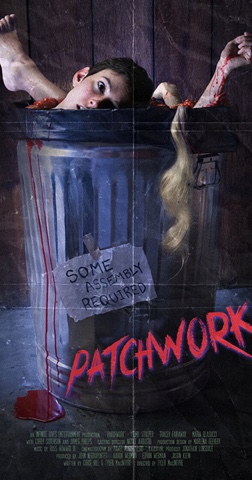 Another so called throw back to the eighties with this Reanimator wanna be, including even the green liquid. Three women, Jennifer, Ellie and Madeleine disappear one night to wake up sewed together in a reanimated corpse, the thing is although only body parts are used the three women's consciousness remain, and they talk together in an eventual plan for revenge on the mad doctor who did this to them.
The problem is the film is neither funny, and not nearly gory enough, Reanimator and Frankenhooker got the parody just spot on, this film I found to be incredibly boring, with the three female leads unfortunately being unlikable. Half hour had passed and already the film had lost me, so I didn't really care for any of the rest of the movie. Even James Felps of Fred Weasley fame cannot save this movie, although Tory Stolper as Jennifer is stunning, and I do have a weakness for women with dark short hair, as they always remind me of a love I lost decades ago.
The only clever point of this movie is that it is divided into chapters like a Tarratino movie, even this disjointed effect cannot quite save this movie, as most of the movie shows the three women talking to each other in a room, rather than just the voices of their consciousness, which becomes annoying.
This film needed more gore, and wasn't clearly as funny as the filmmakers wanted it to be, the part of the darkness in me was hoping for more gore like in Reanimator, but although without that movie this wouldn't have been made, the filmmakers were obviously trying a different take, but it didn't work, personally I would've preferred if it was a full out clone of that movie, instead of a wannabe feminist take on the subject, and the disrespectful take on women as objects doesn't work.
1/5⭐️ 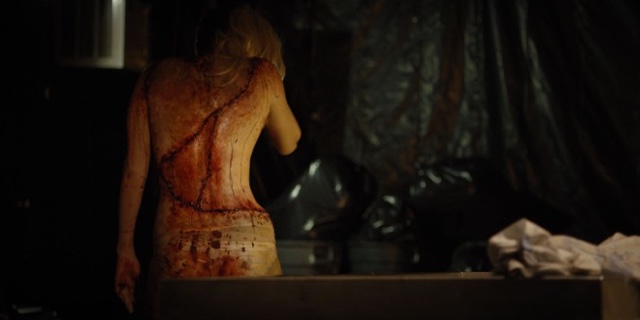