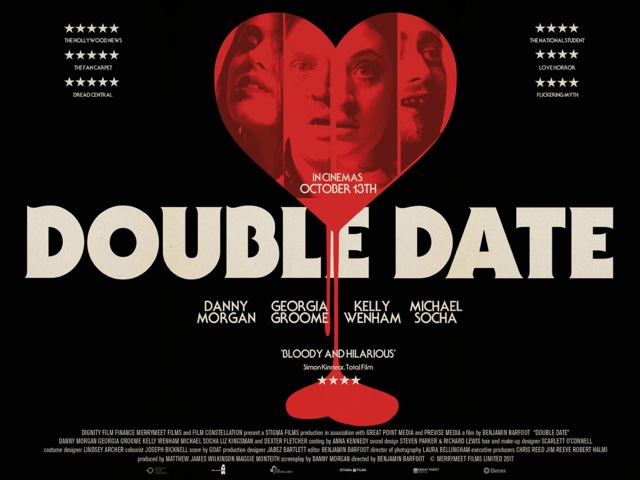 I had not heard of this movie, it is not even available on DVD, this British gem of a movie that I'm so glad I got a chance to see. A simple premise of a movie, a man on the eve of his 30th birthday, Jim still a virgin, with his cocky best friend Alex who is determined to get him laid. Suddenly two beautiful women, Kitty and Lulu walk into the same bar, unbeknown to the lads are on the run from a serial killing spree, that involves picking up young men with the promise of sex, then slaying them.
A film that is marketed as a comedy, but has some serious dark sinister, and even cruel scenes. That actually takes it one step over the edge of any dark humour, and is actually quite horrible in places. This in no way makes this film unwatchable, in fact the opposite although the violent scenes are hard to watch, the film is carried by acting that is outstanding. Danny Jones as main character Jim is the star of this, but his cocky best buddie Alex, played by Michael Socha is equally as good, with the two female actors Lulu played by Georgia Broome, and her sadistic sister Kitty played with psychotic menace by former model  Kelly Wenham.
Although the movie does go a little silly in the final third, it still is a solid horror with some very violent cruel scenes to watch, and you feel quite guilty for laughing, and enjoying them.
A great British gem of a movie, that really needs to be seen.
3/5⭐️⭐️⭐️