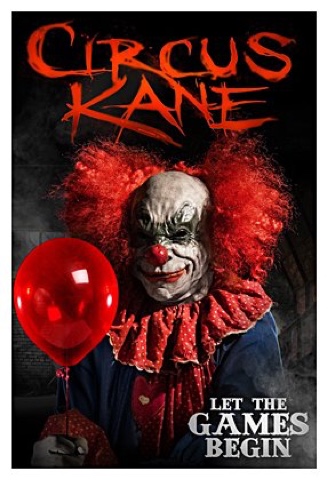 Many thanks for Uncork'd Entertainment for the screener copy, the reality is I would have quite happily paid for this movie, which was released in the UK this week. A typical story of a creepy house, a former famous circus performer famous for his bloody illusions on-stage. Being forgotten about though for generations, a bunch of lucky bloggers, horror ones at that are given a golden ticket to attend the horror house, blog, use social media to their followers, with the promise of danger, plus with the golden ticket prize of a quarter of a million dollars to any one to survive the house of horrors. Simple ideas are the ones that work the most, and the reason why I liked this movie, although it has links to 31 from Rob Zombie, the only difference is this has humour, not as deranged as any of Zombie's work, and is Infact a better movie than 31.
Yes it is full of typical horror clichés, killer clowns, demented Jester's, rooms of traps that are as equally as impressive as any Saw movie left from Jigsaw.
As I said I have seen this type of horror before, but I really enjoyed this movie, starring Jonathan Lipnicki, of Stuart Little, and Jerry McGuire fame all grown up, also starring Mark Christopher, Victoria Konefal, Nicole Arrianna Fox, Ted Monty, Cameron Jebo and Sinjin Rosa. With the best character Balthazar Kane, the titular main character of the famous Circus Kane horror circus, played menacingly by Tim Abell. Written by James Cullen Bressack, and even a blink and you'll miss it cameo. I really did like this movie, although clowns are all the thing at the moment, the film isn't about clowns but an evil house of horrors, drawn straight out of the Saw franchise, with likability from all the actors involved, although not the best acted in places, it is a horror film after all, and the gore is what we want to see, not Oscar winning performances. Which this movie delivers, a shameful joyful watching experience, full of blood, gore, some very good humour and a funny witty script.
A very good movie, a little flawed in places but still an enjoyable romp.
3/5⭐️⭐️⭐️ 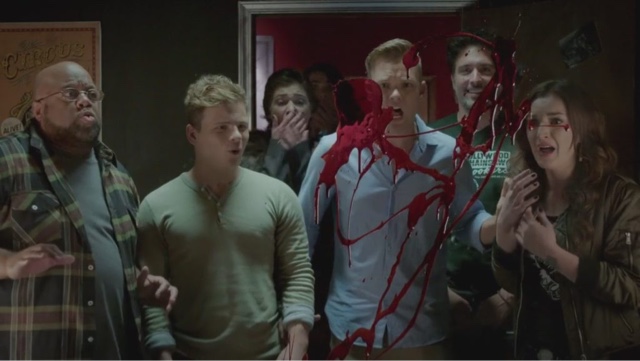