on December 04, 2017
I like the eighties, it will always be the decade of my youth and teenage years, I love eighties films, and will always have a place in my heart.
I had such high hopes for Atomic Blonde, set in 1989, still at the peak of the cold war, set in East Berlin before the great wall came down, especially being directed by David Leitch, the director of the brilliant John Wick. What we  have is a spy thriller that is actually incredibly boring, marketed as a kick ass action movie, when it is just a neon dressed arthouse film. A film more about style over substance, the music is outstanding, the fashion is spot on, everything that I remember of that year is spot on, it is that it is so arty for me to properly enjoy.
Charlize Theron is absoultly lovely, very tall, and does kick ass in some scenes, the fight scenes are inventive and extremely gritty, especially the hose pipe fight.
Everything about this film is screaming for me to enjoy it ticks all the boxes, the music, the fashion, the retro look, some good fight scenes, it is that it was edited so wrong in all trailers to grab you and think omg an action film, with a kickass female lead. What we get is a slow arse attempt at a thriller, dressed in neon, with arthouse visuals thrown in, and a very good soundtrack to hide the fact that the film is very average, and by making it look goregeous like the main hero does make a great film.
2\5** 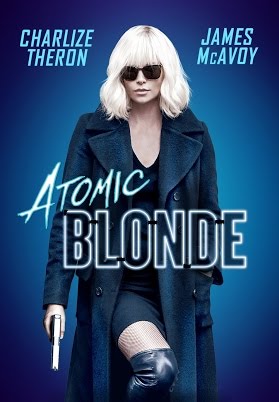