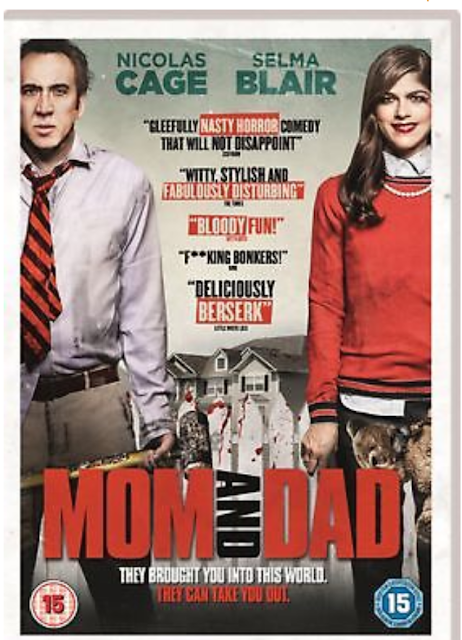 Mum And Dad, a very scary take on modern life, the stresses, the things we give up, the things we all settle for, working in dead end jobs, just to pay the bills for our family.
This film although is the opposite to 2015 Cooties when children turn on the adults we have the opposite, when parents suddenly loose that ability to love their children unconditional, and instead just have an uncontrolled hatred and murderous intension towards them. A very dark tale, that unfortunately brings up many fair points in being a parent, although quite sickening in thought, about parents offing their children in gruesome ways, the questions this film brings up are interesting. Especially the scene when Nic Cage breaks down whilst building a pool table, to the disgust of his wife, saying they don't have the money, and Nic  Cage's character saying we have nothing for ourselves anymore, " we used to be called Brent and Kendall, now we are just Mum, and Dad"
With absolutely amazing performances from Nic Cage and Selma Blair as Mum and Dad respectively, with Nic back to his overacting and crazy best, proving he still is a great actor, even though he only does a few good films a year, whilst the rest are dire. What we have left is a film that isn't particularly violent, as all deaths are off- screen, we have no explanation why this is happening, and is even better for that. We have a film that is incredibly well acted, brings up many good points about parenting, a brilliant directed film by Brian Taylor, longtime friend and also co writer and director of Crank, Mark Neveldine, we have a frantic paced, frenetically directed movie, that matches the mania on-screen perfectly. The idea of a movie may put some people off, it shouldn't it is a very clever piece of cinema, that really shows what parenting is like, and although we would never hurt our children, the final words in the film sums up most parents " of cause we love you, but sometimes we could"
A brilliant film
4/5**** 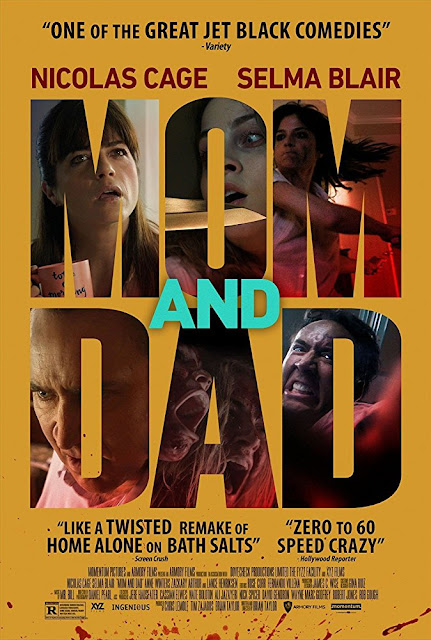