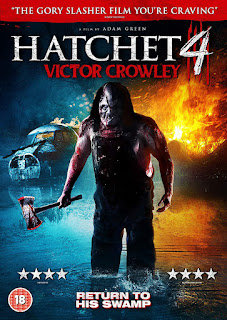 Like my previous review of Jigsaw, another excessive violent series was the Hatchet movies, about the swamp dwelling creature Victor Crowley, a deformed man, who was burned in a prank gone wrong, then slayed accidentally by his dad trying to save him from his burning cabin, his spirit now haunts the swamps, looking for revenge on the living, in some of the most ingenious kills ever.
Victor Crowley is a blood fest of the most crimson kind, but done in such a tongue and cheek way it is impossible to be offended by this in anyway. With probably the best gore gags seen on-screen in some time including a killing of a valium obsessed woman with her cellphone, being killed by  internally forcing her cellphone being forced through her lady bits, eventually exiting her mouth, before being turned litually inside out by the Hulk of Victor Crowley. We have brutal scalpings, a brilliant head crush, even death by airplane engine.
The story works as it is so simple, a bunch of film makers, making a fake YouTube trailer for a film they want crowd funding about the infamous murders 10 years previously at the hands of Victor Crowley in the Honey Island Swamps, whilst a plane full of production crew, and original surviver Andrew Yong, about to retread his steps to promote his new book, and a documentary, crash into the famous swamps once more, will Victor rise again from the swamp to claim more lives.
Directed once more by Adam Green, and reprising his role as the monsterous Victor Crowley once more is the Hulk of a man Kane Hodder, we have one of the most fun filled, gore fest of a film that I have seen in a while, I genuinely laughed, gasped at the gore, even jumped out of my seat for one scene that I haven't done in ages. A fun filled ride of a movie that reminded me why I love horror, this film really has it all, and is easily my fave movie of the year so far.
4/5****
Special features.
Audio commentary with writer/director Adam Green and actors Parry Shen, Laura Ortiz, and Dave Sheridan

Behind the Scenes - Hour-long making-of featurette 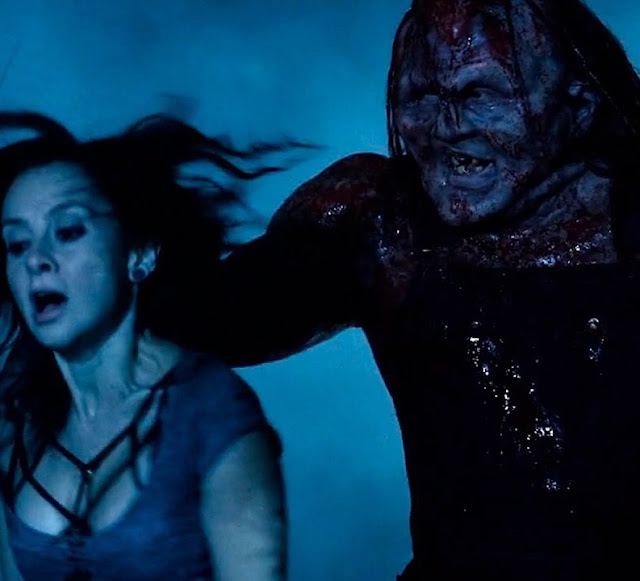