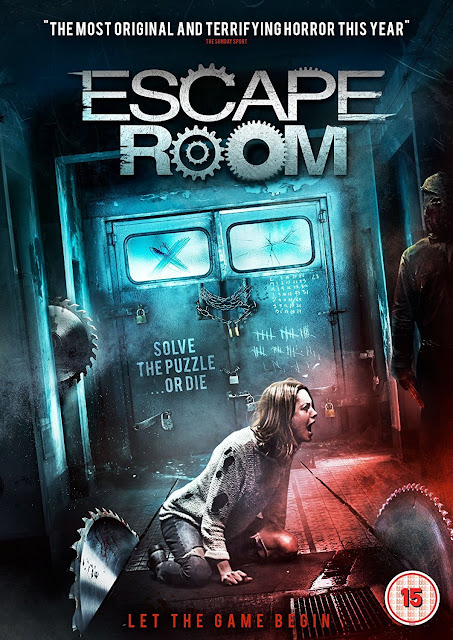 Escape Room, the second film with the same title, released in the UK by Signature Entertainment, with the naughty and very misleading Dvd cover, of a Saw wannabe, conveniently to coincide with the release of Jigsaw at cinemas.
With blink and you miss it cameos from Skeet Ulrich, and Sean Young, in the main titles of cause to draw you in.
The story of a cursed box, from the ages that just so happens to be in a junk shop, that is brought by Skeet Ulrich who happens to own an Escape Room attraction, that is now all the range, but his being the first is struggling, so adding the cursed box into the mix may spice things up. When four friends arrive at the Escape Room attraction, with one being a respective horror blogger, they are locked in, and told all clues are important, and they have just 55 minutes to escape.
Unfortunately an actor who plays a chained serial killer, in the room happens to get cursed by the box, and every 5 minutes his chains are released a little more into the room, he then turns on the four patrons.
Leaving them litually to survive, in this tiny room, whilst a killer is getting closer and closer to them.
Can they solve the clues before this masked killer gets closer, can they escape this room and the clues, in an attraction that is designed to scare them senseless, that will give them an adrenaline rush they'll never forget, or one that will leave them cold forever.
Is it any good? Actually it is okay, the one room setting again is perfect, it's great to see Skeet Ulrich back in horror, 20 years since Scream, with four decent actors for once, and none that are annoying, the whole running time almost running identical, and in real time is a good idea. Although not very gory, it is a decent thriller, more than a horror, with decent performances from all involved. Though the cover art is very misleading, but knowing how the industry work, the director has no say about the marketing of his work, so the cover can be as misleading as they want, as distribution have the right to change titles or artwork to their own discretion.
It is a good thriller though, not particularly original, but a decent effort regardless.
2** 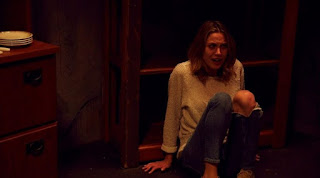