Cloverfield 3 or The Cloverfield Paradox is to be on Netflix straight after the Superbowl. February 3 2018. From Bad Robot Productions, and Paramount Pictures. Certificate 15, running time 102 minutes. 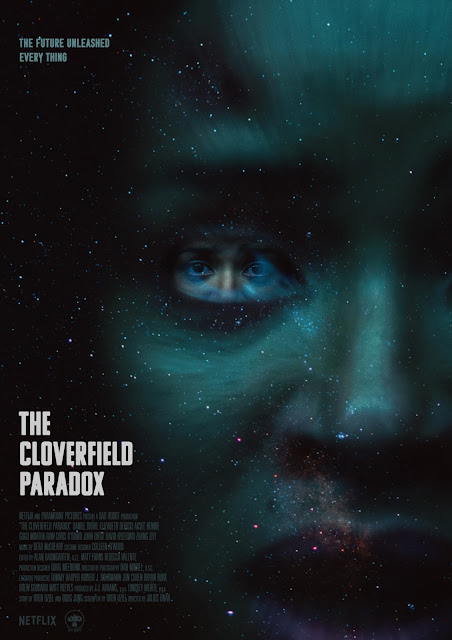 Cloverfield 3 or now known as The Cloverfield Paradox is now live on Netflix, like I and others predicted last week, instead of an April cinema release, it is now been buried amongst the thousands of other titles on the streaming giant.
Like I predicted last week, a great way to bury a bad film that Paramount were already having cold feet about this movie, already being pushed back two slots already.
Is it any good? Well like I said putting it on a streaming service is a great way to hide a below par movie, which Paradox actually is.
Having seen the movie, and warning it does contain spoilers, the movie in-sorts is a prequel, although at a different time frame to the original 2008 movie, and the 2016 set 10 Cloverfield Lane, what we now know, it is the start of the Cloverfield multiverse, which turns out that many of the creatures, UFO or Aliens are created by the events in Cloverfield Paradox, meaning the multiple universe theory put forward on various YouTube channels are correct.
What we have left is a poorly constructed movie, with various plot holes, being ignored, a movie that seems like it was doomed to fail, with various rewrites, little to none character development, that does have a surprising good cast of talented actors, being so underused in a mumbo jumbo, garbled nonsensical script and plot. With very little tension, horror, that was done so much better in last year's underrated low budget film Life. Even Alien Covenant has qualities better than this movie. If you like claustrophobic space thrillers, Alien, Life, Event Horizon, and even Sunshine are much better space movies, and have more tension between them than Paradox could ever muster.
Shame it is a let down, as 2008 Cloverfield was a great movie, and should have stayed a standalone movie, now in its third outing with a fourth coming this year, it seems it is continuing to continue, but here's hoping the bad reviews of this movie may put an end to this multiverse. Please leave it alone for the YouTube fanboys to have their bit of fun predicting the outcome of this franchise, that apart from the clever websites, and fake backstory, cryptic clues on social media, and encrypted files hidden in other fake websites and browsers, are far more interesting than the actual movies they try to make.
If you really want to see a movie about mind bending universes watch the excellent Coherence on Netflix instead.
The Cloverfield Paradox
2/5** 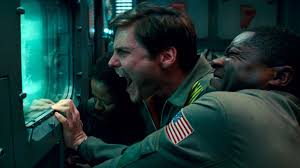