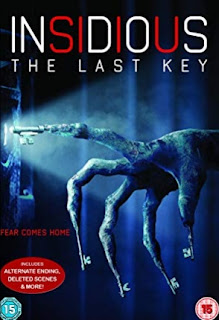 I'm going to be honest I'm not the biggest fan of this franchise, but the one notable thing I have noticed is they are getting better, chapter 3 was extremely good, well The Last Key is even better, and why? one actor Lin Shaye.
She is proving to be the driving force of this franchise, not bad as she was killed off in the first movie, where as every movie since chapter 3 are prequels.
With the Last Key going back to the youth of  Lin Shaye's character Elise Rainier, and the haunted house she lived in as a child in New Mexico, having paranormal powers even as a child, she was tricked to open a door to allow a demon to escape, that has a strange effect on men, and possesses them to do unbearable things to women. This story is told over decades of Elise Rainier's life, leading up to the premonition of the demon she faces in the first chapter.
This franchise has always been about the Further, a dark realm beyond our own where the souls are trapped in some purgatory, where souls are restless and most are intent in coming back to our world, the living world, with a warning in every film that you should not interfere with the land of the dead, you shall never speak out to the dead as you never know who will listen and come back from the darkness to our realm once more.
I love how this movie finally comes full circle and ties up the franchise nicely no doubt another movie will be made to cash in on the franchise as they are incredible cash cows to Blumhouse to produce them, as the tiny micro budgets pays back ten fold in cinema and Blu Ray sales.
Still I liked this movie, as I said as the franchise moves on they are getting better and better, and the writing is outstanding, but still the glue that holds this franchise together is 74 year old Lin Shaye a side character actress finally given her starring role and she is quite outstanding in it too.
3/5*** 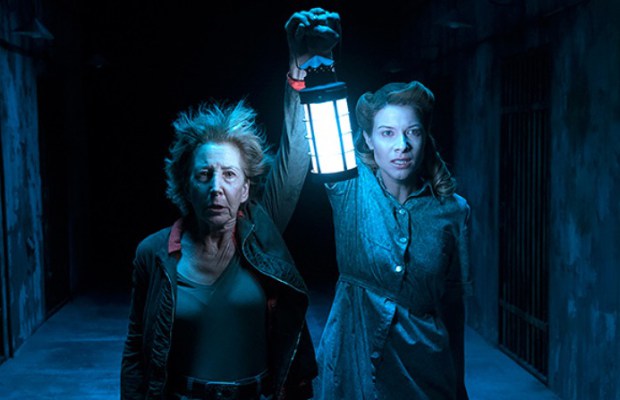