Oh my god I cannot believe I've actually enjoyed a movie by MC G, the wannabe James Cameron, Tony Scott, but actually being like a crap Michael Bay. The director of Charlie's Angels, Terminator Salvation, Three Days To Kill, he has finally found his forte which is horror, and I'm so impressed by this movie. We see blood by the gallons, knives in heads, throat cuts, heads exploding, bullets in boobs we have it all, in this strange adult version of home alone.

When 12 year old Cole (Judah Lewis) is left with his best buddie and hot babysitter Bee (Samara Weaving) his only friend In the world, the coolest babysitter ever, that really gets him, and completely understands him, is left alone whilst his parents have a dirty night away.

Little does Cole know, is that Bee isn't who he thinks she is, and after a failed drugging attempt, instead of passing out, Cole happens to spy on Bee, and her friends, who she invited in, after he was asleep, and perform a human sacrifice, yes you heard me sacrifice, on a Stampy Longhead lookalike. When Bee and her party know that Cole has witnessed this, it is a fight for survival for Cole to outwit, and survive the night, as his blood is needed to perform the ritual, needed by Bee to become immortal.

This film is unashamedly funny, bloody, with so many WTF moments, that it will be a guilty pleasure for many people, and will certainly give Stranger Things 2 a run for its money in views. With a cast that is spot on with two incredible performances by Judah Lewis, and Samara Weaving, with great support from the now very grown up Bella Thorne and Pitch Perfect's Hanna Mai Lee with King Bach and Robbie Amell completing the cast, we have this year's guilty pleasure. It is the most fun I've had this year, only Funhouse Massacre came extremely close in the laughter and gore stakes. A cracking film, that all fans of Home Alone really wanted and that was violence and blood and loads of it. 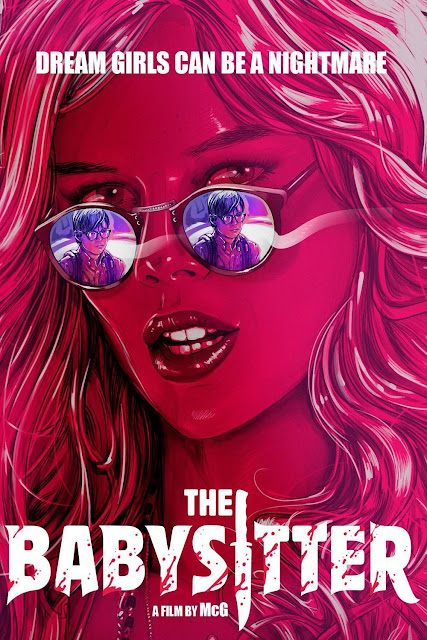