The hooded woman on a train urban legend. 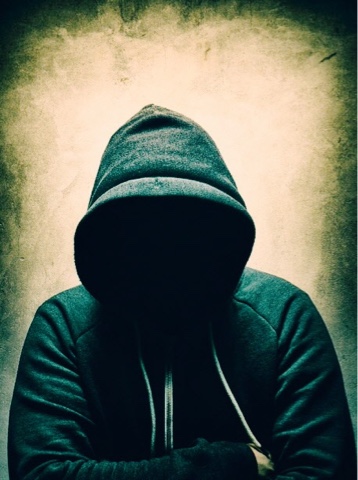 The hooded person on a train is an old Internet folklore story, but if you have never heard it, it goes something like this.
A woman was on a train one night alone, apart from three passengers sitting in front of her, two men and a lady wearing a hooded top sat between the gentleman.
This didn't seem alarming, it was just the fact the lady in the hooded top never took her eyes off her, which made her feel extremely uncomfortable. Although the face of the woman in the hoodie could not be seen entirely, the other woman could make out her eyes watching her, constantly looking, eyes never moving off her.

At this point the train pulls into a station and a gentleman gets on, and sits near the lonely woman, without saying a word could tell the woman he was sat by seemed alarmed by something. He looked around at everyone on the train, including the hooded woman and her two male companions, he then passes a note to the lonely woman in which it read " trust me, and follow me off at the next stop" the woman seemed shocked by this but the gentleman gave her that trusting look. As the train pulled into the next station the gentleman got up, the woman thought for a second then made the decision to follow the gentleman. As the train pulled away the woman could see the two gentleman from the train staring at her, still the lady with the hoodie remained next to them. The gentleman then said " thank you for listening to me, I'm a doctor, and the woman in the hoodie was clearly dead. Only being held up by the two gentleman, I've probably just saved your life" then he walked away. 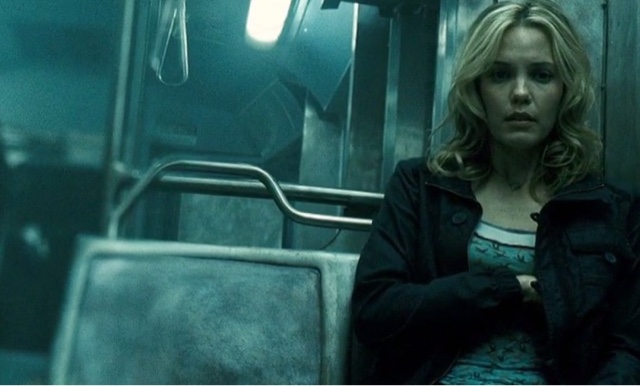