Should Jeepers Creepers franchise be shelved after an online petition against its director, who has a sordid past, and should he profit from this movie? 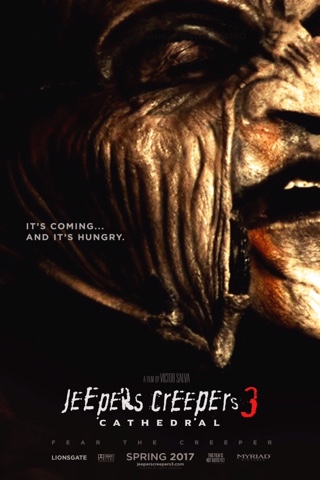 With the teaser clips released today of Jeepers Creepers 3 Cathedral, has caused so much controversy, and not for the film itself. With an online petition wanting this film banned, and even cinema chains being urged not to show this film and why?
It turns out Victor Salva the creator, writer and director of this franchise, has a sordid past, he was convicted of rape in the eighties of a boy who is a minor, and served a minimal sentence. Although he has arguably served his time, people are still disgusted by this, including myself, and for this reason I will not be reviewing or watching this movie, the same reason as the online petitioners.
Being pressured into sexual activity by an older girl as I was in my teens, it is only when your get older you realise how vulnerable you are in your youth, with this happening to me in the eighties by a girl many years older than myself at the time. Reading this controversy has brought back memories, and for once I can understand the anger, of these pressure groups against paedophilia, and why this film and franchise needs to be shelved, as being quoted "monsters should be on the screen, not being made by them. With this franchise getting mild attention in 2001 and 2003, about this scandal with the use of social media, and blogging sites is why this is getting more coverage, the question is what do you think would you want to watch this film, and would you want a known sex offender benifiting from this movie.