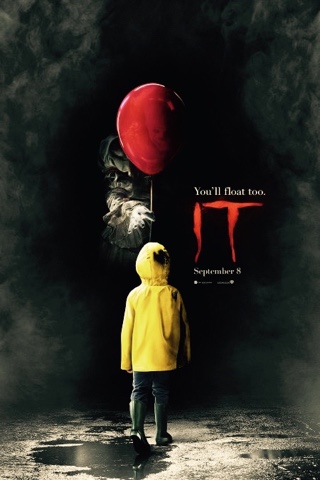 With IT passing the five hundred million mark at the cinemas, and now officially being the highest grossing horror film ever, not even including VOD future streaming and DVD and BluRay this could end up being the most profitable horror film ever, with the casting already in operation for the second instalment, and a 2019 release date things are looking good for this remake.
With an already promised directors cut of this movie on Bluray and a massive collection of Deleated scenes, we shall all be looking forward to seeing more of Pennywise.
The reason I'm writing this as most already know, I came across a video on YouTube the other day, not only does it feature one of my favourite songs, from one of my favourite bands, it features for once not a spoof but a great music video tribute and drum solo to Slipknot The Devil In I, in the form of Pennywise The Dancing Clown, now we have all seen the various songs now of Pennywise dancing anything from Abba, to Cotton Eye Joe, to Metallica, well I've bet you've never seen him drumming, in which this is the best drumming video since the drumming Gorilla for the Cadbury chocolate advert.