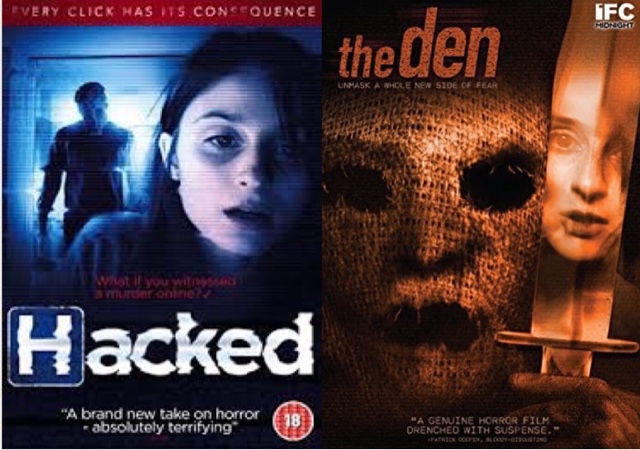 Hacked as known in the UK, but The Den in the US, actually is not a bad film, following on from the likes of Unfriended, Smiley and Friend Request we have another horror about the dangers of social media and the over reliance and addiction some people have.
Although this is not a supernatural movie, it is about a well organised bunch of hackers working from the dark web, to hack someone's social media account, including full access to their computer, and web cam, other secret hidden cameras within that persons house. To have a paid watcher who has the pleasure of all the live feeds, including watching that persons paranoia up until their fateful death at the hands of those dangerous people. Think of this movie as a mix between Hostel meets Untraceable and that is the movie we get.
It is a simple tale of a college grad Elizabeth Benton ( Melanie Papalia) doing a thesis about social media and a certain app that allows random conversations with random people, you can chat with, and if you don't like that person you just refresh and move on. With the usual narcissism you'd expect online with men flashing their penis's other nudity and fetishes, you can actually have genuine reactions with decent normal people who you can friend like on Facebook. When a murder is captured on screen from one of the webchats, Elizabeth  is horrified and calls the cops who think it may be real, but being most things online could be staged, it is from this point her computer and her life is completely taken over by these well organised  hackers.
This was a movie I had no hope for, but within minutes I was captivated, the lead Melanie Papalia     Who is stunning and previously seen in other horror movies such as Extraterrestrial and the before mentioned Smiley, holds the entire movie almost entirely by herself, we see a few interactions with friends, but the focus is on her for the entire movie. We see her paranoia from screen captures from her hacked phone and laptop, these people are extreamy clever, and hack her entire life, including kidnapping her nearest friends and slaughtering them. This film is very bloody, the Tourture nature is why it is given a 18 certificate, with some nasty deaths seen onscreen, although this movie is not perfect, then again name a film that is, it is an enjoyable if you call  touture onscreen enjoyable, being carried in its entirety by a very captivating lead in Melanie Papalia.
A decent effort that is quite good 3/5⭐️⭐️⭐️ 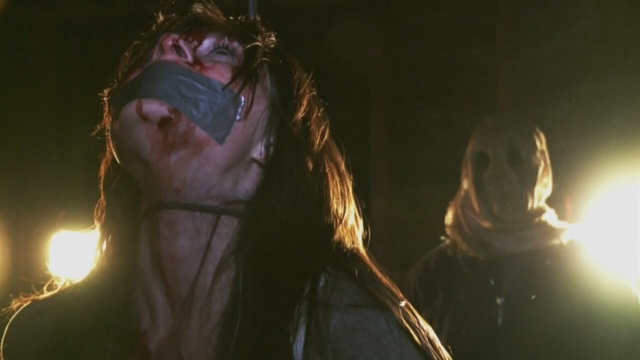