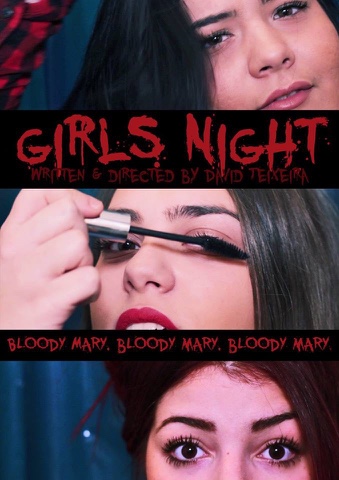 Girls Night from Director David Teixeira, starring Alice Nazare, Liliana Garcia and Marina De Sousa.
Many thanks to the writer and director David Teixeira for giving me the link and the chance to see his short film well before the release date in October. A film about three girls Jess, Alyson and Chloe who have a drunken Halloween party, at a friends house, whilst the wine is flowing and the usual girlie chat, deciding on whether to watch a horror, they discus Urban Legends including the legend of Bloody Mary. Why I liked this, well the acting seemed natural and not forced, the girls were natural looking young women, normal sized women with curves, they were likeable, which seems strange to say that in a film with such a short running time. That is why I liked this movie, the build up, the pacing, you caring about the characters in the short run time. David Teixeria is a great story teller to look out for, he has achieved more in 13 minutes than most directors produce in film five times the running time. The ending is a little strange with you actually wanting more, but another reason why this short film works, any film that you actually feel short changed because you wished the running time was longer is surely a good thing isn't it?
The Blair Witch nod I did like, and you will not get this until you see it, the tension of when Jess who wants no part In this silliness believing her friends are playing a very sick joke on her is handled really well. I also liked the horror nods with a very cleverly placed wall plaque with Freddy Krueger and Jason Vorehees in the background of one scene.
All in all I enjoyed this short film, with great tension build up to the final reveal is brilliant, I only wished it was a little longer, but the lesson is like Candyman, and other Urban Legends sometimes the other worlds and ghostly things from beyond just shouldn't be messed with especially after alcohol.
A great little movie, and I'm genuinely really saying this I enjoyed this short film.
3/5⭐️⭐️⭐️ 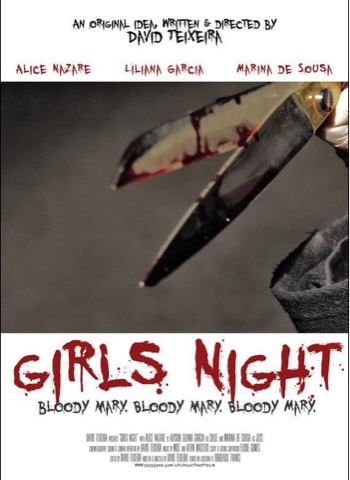