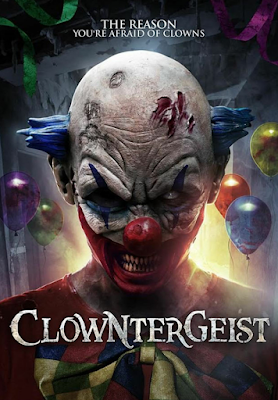 With IT hitting theatres this weekend it is almost certain that a mass of copycat clown films will arrive with Clowntergeist  no exception.
A film with the poster looking quite amazing, shame the film isn't quite as good, although top marks going to marketing dept, although not the worst film ever, most will probably turn off within the first 30 minutes.
I gave it a go and I could find some plus points, it is directed reasonably well by an established indie director with a number of shorts under his belt Arron Mirtes, with this film sounding like a mix between IT meets Poltigiest, it is actually more like The Ring meets One Missed  Call, where a demonic clown leaves you a red ballon with your death date on it, and you will be dead within 48 hours. The obvious nod to Salems Lot I liked with Ribcage at the window, one of my all time scariest scenes from any horror movie.

When a girl Emma ( Britany Belland) with serious coulrophobia since childhood recieves a balloon she has two days to find out first her worst fears, but secondly unravel who this evil identity is before her death.
As I said it is certainly is not that dreadful, I like bad movies and B movies I grew up with them in the eighties, I actually enjoyed this more than the recent 31, I just wish that a better title was thought of, as it is clearly done to mislead viewers, but with a title like Clowntergeist it is certain to end up on Netflix amongst the Sharknado's, Big Ass Spiders and Tusambees. As I said give it a go, the acting is mediocre at best, but you know it's only under 80 minutes, and with a demonic clown called " Ribcage The Clown" who vomits black goo, and walks like a strange wavy seventies dance, it can't be that bad can it? Well I thought it was alright, just alright you may ask? Well yes, it will never surpass IT, and their are better clowns in better movies such as Stiches and All Hallows' Eve, but as a Friday nighter with beer and takeaway give it a go 2/5⭐️⭐️. 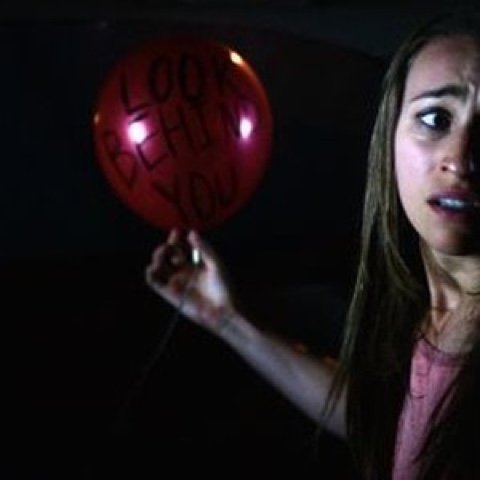