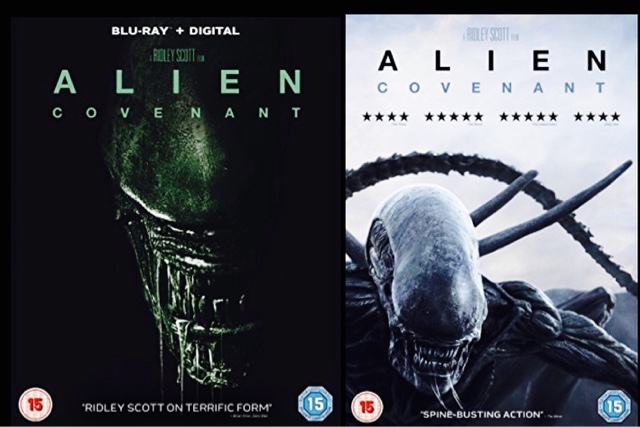 Available on Bluray and DVD today with personally the best cover art going to the DVD artwork, but no matter how good both artwork is, this film is probably the biggest disappointment of the year, and I vary rarely agree with Mark Kemode but with this I agree with him 100% how poor this movie is.
It took me many years to appreciate Prometheus, which I hated on my first viewing, although not a great film, it is so much better than Alien Covenant, and that is the reason the latter failed, trying a be a direct sequel to Prometheus. It is almost the same movie, but Ridley Scott adding a few Xenomorph's to it, in an attempt to hide the failings of his previous effort,  and the fan base crying out for them in Prometheus, is why this movie really is shit. With no likable characters in this movie whatsoever, hell they are so drab and boring I had to wait to the credits to roll to find the name of the characters.
With a ten year gap that is explained in one small two minute segment, we have no explanation about the Engineers and all the questions need answering from the previous movie. It is so hard to explain why this movie is not good, we have some good gore scenes, a good action scene later on trying to throw the Xenomorph off the outside of the ship, but this is still not enough to save this film. The midway part is probably the most cringe worthy I have ever seen, the scenes involving the split screen with Michael Fassbender in a duel role, a scene that could have been an amazing piece of cinema, which is spoilt by the worst dialogue ever  " You hold it and I'll do the fingering" yes I sniggered like an adolescent teenager, with a scene about playing a recorder by two androids, learning a human emotion about the appreciation of music, that is so badly ruined by such a terrible script. How this got through and put on celluloid I never know. The strange thing is I'll still end up with this in my collection as I am a collector, but it is one of the worst of this franchise so far, and as far as I'm concerned this should be the final one. Alien should now only exist only in graphic novels and maybe computer games, as in 30 years not one decent Alien film has been made since Aliens 1986, every time it has been tried it has failed, please get the message now and leave this franchise alone when it was great in  1979 and 1986.
2/5**
BLURAY Special features include.
⚫️12 Deleted and Extended Scenes.
⚫️5 Featurettes.
⚫️Master Class: Ridley Scott.
⚫️Theatrical Trailers.
⚫️David’s Illustrations. 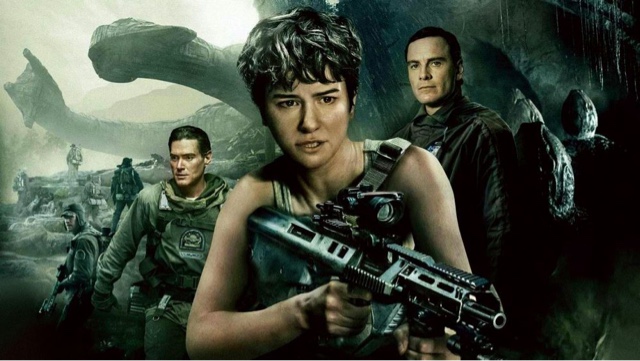