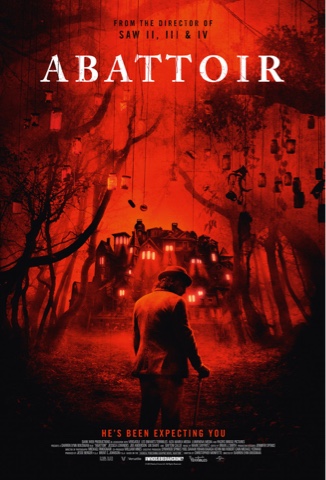 This film is the equivalent to Marmite you either love it, or hate it, personally I liked it, a film that is a fresh breeze of dark air into the horror genre, with the apparent comparisons to 13 Ghosts and House On Hauted Hill, in which this film wins hands down.
Coming out of the tail end of 2016, following the likes of Bye Bye Man, The Conjuring 2, Ouija Origins Of Evil, this is a different movie experience I have ever had the pleasure to watch, a different take on the Haunted house genre, with honestly the best film noir film I have seen in a while, set almost in a totally different timeline, although in modern times, it has a fifties noir look to the film that makes it so refreshing. The lighting, the camera work, how characters are lit within dark scenes are quite astounding, with the camera work not impressing me so much since the great work on Final Girl, another example of Fantasic camera work on filmnoir lit sets.
It is strange to pin point this movie as it is two thirds investigation drama, followed by the craziest final third act, that is a joy to behold, but is incredibly unnerving, with room after room full of the most depraved sights of misery and death.
From the director of Saw 2, 3 and four a director who knows how to show pain and misery, but then to make a film like no other I have ever seen is remarkable, a film with hardly any known actors in this movie, but to hold your attention throughout the run time is a fantastic achievement.
Some times the simplest of ideas and stories work and this film is an example, a simple story of a man Jedediah  Crone ( Dayton Callie) who lost his family in an horrific way, learning that the souls never leave the place of death completely, leaving a residue of the memories left behind, he sets to create a house full of the horrible histories and memories of various deaths in rooms over decades. Buy buying any property affected by a gruesome murder or death,  he takes out the room it happened in, and rebuilds the same room within his own death house, or Abatoir as he calls it. When an investigative journalist Juila Talben ( Jessica Lowndes) with her own personal tradegy of loosing her sister and nephew in an attempted murder suicide by her brother in law, when the house is foreclosed by the bank within weeks of their death, she investigates to find the room where they died had been completely removed, this then leads her to investigate the property magnet Jebidiah Crone  who is purchasing these properties for the death rooms.
With a disturbing reveal and final third making this movie an unsettling experience, but one to admire as it is so different to any movie you have seen before, a movie I can really recommend, I know this will not be everyone's cup of tea, it is slow moving in places, but at a deliberate pace that does reward the viewer later on.
A strange movie, but one I really enjoyed, and so different to any movie I have seen recently.
4/5⭐️⭐️⭐️⭐️ 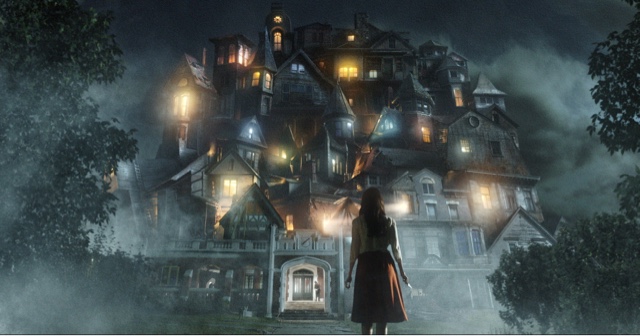