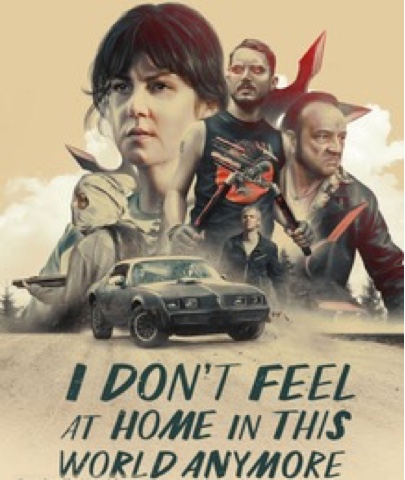 This film was mentioned in a top ten films of this year, and being on Netflix for a while did not know what to make of it, but I gave it a go last night and it is brilliant.
A strange film about a woman, Ruth (Melanie Lynskey) who just wants things to be right, feeling angry with the modern world, after a break in at her house, with her laptop, some family silver, and some prescription medication going missing, she first reports the break-in to police, who seem unhelpful, and tell her things can be replaced. She is given a crime number for her insurance and that is that, with a chance meeting with her karate obsessed neighbour, Tony (Elijah Wood) who has a mighty collection of ninja stuff, throwing stars, numshucks, she traces her laptop through a find my stuff app on her phone, locates the address.
Ruth and Tony go to the house and demands the person who stole her laptop to give it back, this leads to a violent confrontation, that she actually enjoys.
With a tip off that her family silver is at a local pawn shop, she retrieves them only to bump into the actual criminal who did steal her stuff, this leads to an uncomfortable confrontation with a local gang, that eventually leads to even more violence and bloodshed.

* picture courtesy of Netflix.
In a way over your head situation, that arrived from Absolutley nowhere is why this film is so good, it kinda reminded me a little of True Ronance, a film that out of nowhere became an massive blood mess of violence and depravity, just because Clarance took the wrong suitcase.
I got the same feeling from this film, a woman just wanting her stuff back, and hates being wronged, that gets into more trouble than she has to, but still carries on with it, as it is still morally right, to reclaim her belongings back from those who took them.
Even though she is putting her life in danger in the mean time, that leads to many deaths, and a possible arrest for vigilantism, for going outside the law.
When one of the bad guys asks her why she is doing this she says " I want people to stop being less arseholes" in other words a woman trying to put the world right.
With the first and second third being strangely funny, with a charming wit to it, that changes into full bloody mayhem, with body parts flying in the final third, a film that suddenly becomes so shocking so quickly with absolutely no warning.
A brilliant film by director Macon Blair  On his debut, who has previously been involved in Blue Ruin, and the excellent Green Room.
A brilliant movie, that is a shame is a Netflix exclusive as more people deserve to see this great movie
4/5⭐️⭐️⭐️⭐️ 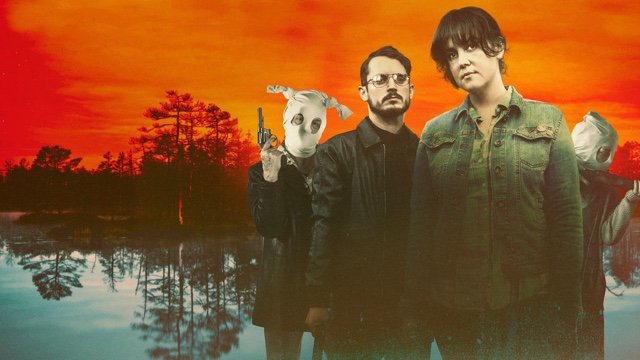