Jackals directed by Kevin Greutert, the director of the final Saw films, and released by Scream Factory. Released on demand from September 1st. 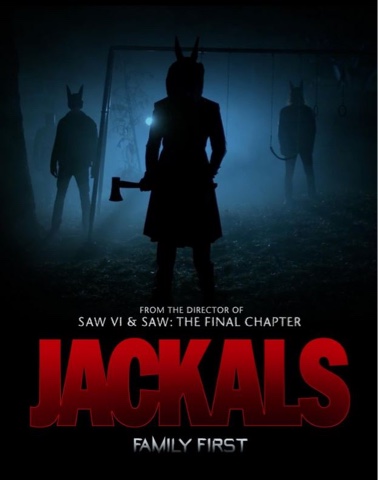 This trailer dropped yesterday and it looks interesting from the director of Saw VI and The Final Chapter Kevin Greutert. A story about a cult who wants their boy back, who has been recently broken free from their claws and returned home  to his real family. Set in the glorious 80's so I'm hoping it will look like a movie from that decade and give us a decent slasher type movie, it does slightly remind me of The Strangers though, but the trailer does look good though.
Starring Deborah Kara Unger, Stephen Dorff, Jonathan Schaech, Ben Sullivan, Chelsea Ricketts, and Nick Roux. The film is written by Jared Rivet, and produced byTommy Alastra.
The film gets a limited release In theatres and on demand from September 1st 2017.