The Thing that crashed a website, and is still having problems. Arrow Films released details of this classic film, what was in the special edition, and the webpage crashed due to high traffic. 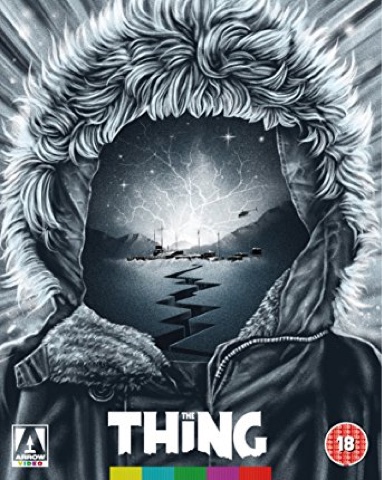 Question how do you crash a website, easily release details of future releases including the most anticipated film to grace our screens in 4K and that is John Carpenters The Thing.
Yes Arrow films 48 hours ago crashed due to high demand especially of preorders of this beauty and is still down now apparently, this limited edition beauty will cost you £29,99 of your English Pounds, not quite sure of the currency conversion to the Euro and Dollars, but it is definitely available, not so much on Arrow Films webPage but tweets all day yesterday promises that all orders have been taken, and even though the site crashed due to high traffic everyone who placed an order will still be secure, and will still get a copy.
The special features includes
⚫️Brand new restoration from a 4K scan of the original negative, supervised and approved by director John Carpenter and director of photography Dean Cundey.
⚫️ Audio commentary by John Carpenter and actor Kurt Russell.
⚫️ Who Goes There? In Search of The Thing an all-new feature length documentary produced by Ballyhoo Motion Pictures exploring the history of The Thing, from the original novella to John Carpenter's terrifying science fiction classic. Featuring new interviews with the cast and crew, as well as authors, historians, and critics.
⚫️ 1982: One Amazing Summer an all-new retrospective documentary produced by Ballyhoo Motion Pictures about the unforgettable films released in the summer of 1982.
⚫️ John Carpenter's The Thing: Terror Takes Shape archive documentary on the background and production of the film.
⚫️ Vintage Featurettes.
⚫️ Outtakes.
⚫️ Behind-the-Scenes.
⚫️ Trailers, Teasers, TV and Radio Spots.
⚫️ Still Galleries.
⚫️ Poster.
⚫️ Lobby Cards.
⚫️ Book containing new writing on the film.