The Belko Experiment. Directed by Greg McLean, written by James Gunn. Distribution by Orion Pictures. Not yet rated, running time 85 minutes, available on DVD and Bluray from August 21 2017 UK. 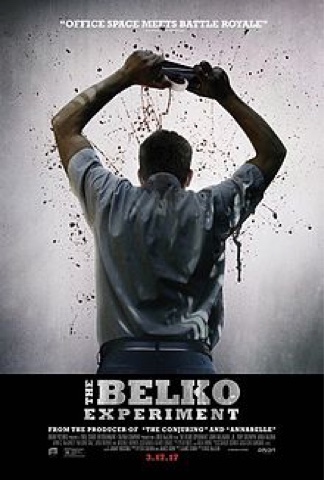 A film that I have now seen, and quite simply never want to watch again, unlike films like The Hunger Games, The Circle even Battle Royale had a Sci fi element to the story, we could even distance ourselves from the violence, The Belko Experiment has none of that, you see every gruesome murder onscreen, and is sickening.
I'll admit I love horror, I always have, I love action movies, where eventually the bad guy, or monster will eventually get it!! This film I cannot for one reason see what the message is, or what it is trying to say about human behaviour, that eventually in a pressurised environment you become selfish and can indiscriminately kill your friends and work colleagues you have known for over a year.
I'm going back to one of my previous mentions The Circle, admittedly has a similar storyline, people stood round a circle, deciding who lives and dies, by process of elimination, these were strangers, yes people died, but you never saw the violence, people just dropped to their knees and that was that.
To have a film where colleagues can kill each other so easily, when in all fairness you see your work colleagues probably more hours a week than you see your own family, your work friends are just that (friends). I like my work colleagues who I work with, in every employment I have worked so far, now I dare you to watch this movie, then go to work and ask yourself could you harm them, hurt them, or even kill them? Because I know personally I could not, and 99% of humans would be the same. Yes you are thinking "well it is just a movie" but that is the sick nature of this movie, it forces you to think about other people and the empathy that all humans should have to fellow man and woman, and in that situation the fight or flight thing will kick in, will you become a victim or Victor. The thing is I really do not know what I would do in that situation, the message of the movie is of the same ideal that it is impossible to know what fellow humans are capable of, and that is the one reason why I never want to see this movie again.
Unfortunately  I cannot Un-see what I have watched, is this movie the actual social experiment like we see onscreen, is it to test your intelligence , or has it simply been made just to give some gore hounds something to jerk off at, I'm betting internet bullies will love this film from the safety of their computers, and any kind of sociopath, as I cannot see anyone with any conscience, or any empathy liking this movie,I for one did not like this movie and had no pleasure from it, even the message whatever it is trying to say, I didn't like, unfortunately the film has outstanding acting in it, the lighting the set pieces are incredible, but as well made the film is I didn't like it, and in protest I will score it,  but that does not take away my personal feelings of this film, I detested it, it made me nauseous, it was senseless in every sense of the word, a film I never want to watch again, but obviously others will like this movie, so that is the reason I'm giving this movie 2/5⭐️⭐️
* ps if you want to see a good movie about workplace violence watch Bloodsucking Bastards instead, it has violence, humour and is a far better satire of a movie, than this poor sack of shit. 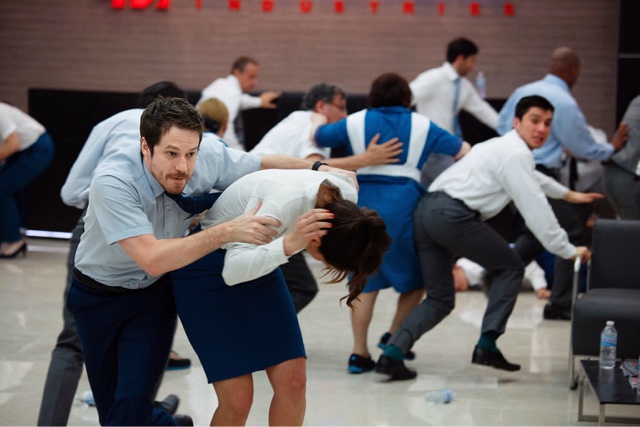