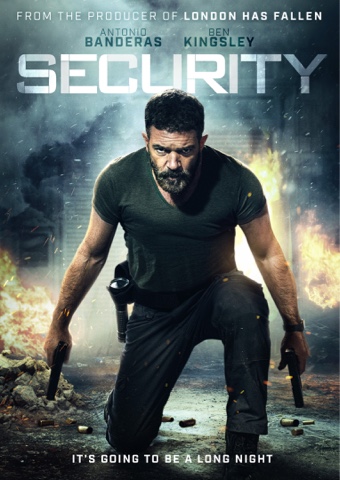 Security a film that looks so much better in the trailer, yet when watched is just clichèd from other action films. To say on the cover it rivals Die Hard is an insult, it is not in the same ball park, it is not in the same league, hell it ain't even in the same country as this movie was filmed in Bulgaria.
The story of an ex marine Sargent, being discharged from the Army and unable to find work, because of psychiatric fails on his evaluation , deciding to take minimum wage as an alternative to just earn money, taking a low level security job in a mall 40 miles away.
With clichèd characteristics of his fellow co workers, the bold, brash, cocky jock who is is superior, yet twenty years younger. The geek who spends time on his phone, yet can make explosives because of tutorials on the Internet. The pussy who is afraid of everything, and is a complete wimp, the kick ass female chick, who is hot, but is too butch to actually be female.
With the bumbling mumbling Banderas who is completely inaudible throughout this movie, and a career low for Sir Ben Kingsley as the bad guy, who's accent changes every scene, is he British? Ukranian? South African? I cannot tell.
With a cute as buttons freckled teenage girl, who is just plain annoying, my goodness I would have gave her to the bad guys.
Set in one location which is a plus point, but the fact Mall Cop starting Kevin James is a better film, shows how bad this movie is. With a $15,000,000 movie going straight to VOD shows the producers didn't have much faith in this movie, an expensive film in today's standards going straight to DVD.
Is it really awful? In fairness it has some action set pieces, the slow mo sliding on the floor with gun in each hand through oil is a high point, but was done so much better by Mark Wahlberg in The Other Guys, the ending is typical Hollywood, Ben Kingsley is no Alan Rickman, Banderas is no Bruce Willis.
A film that could have been edited from other action movies, is a complete let down of a movie, in which the trailer looked half decent. Really do not bother with this.
1/5⭐️ 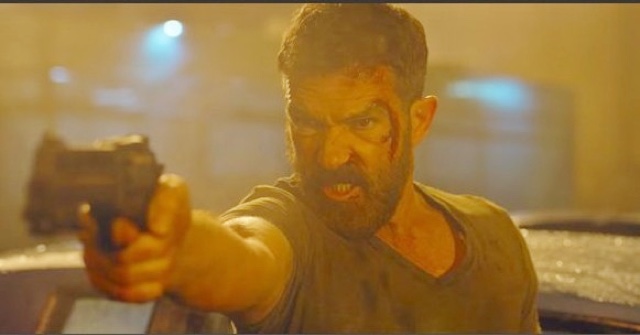