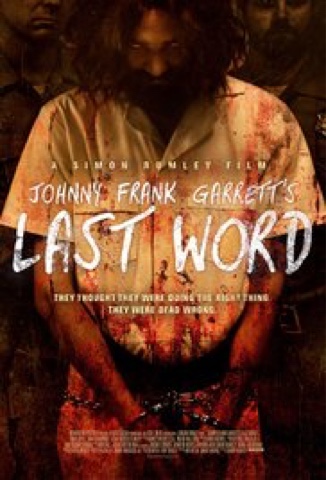 A little Indie jem of a movie that is currently unavailable as a DVD release unless you want it as a Dutch important as it is freely available there.
Directed by Simon Rumley on his debut a British director, and in my opinion one to watch out for, based on true events in the early eighties of a socially awkward man with learning difficulties, whilst a vulnerable young adult is accused of rape and murder of an elderly nun, who he volunteered to work for the Catholic Church in his spare time to avoid the physical abuse he suffered from his own parents.
With little or no evidence against him the small town in Texas set out to destroy this young man, with dodgy prosecutors, fabricated evidence, hell his finger prints would be all over the Catholic Church as he worked and cleaned there everyday, but this was crucial to the prosecution, the same as a dodgy medium who said she saw his face in a dream, the day after being seen by local police, all the evidence was completely made up.
This film actually reminded me of Netflix Making Of A Murderer, about how  an innocent man from about the same time period was set up by local law enforcement, and currupt evidence and sent to prison, well fortunate for him the death penalty was unavailable in Wisconsin, but was in Texas so Johhny Frank Garrett was sent down and died by lethal injection in 1992 ten years after his initial guilty verdict.
On his deathbed he cursed all who sent him to die maintaining his innocence to the very end.
Based on the documentary by Jesse Quackenbush The Last Word about the same case, almost proving that Johnny Garret was innocent, even to this day though he is still guilty under the state of Texas and hasn't been pardoned. What the documentary maker didn't dwell on was the unexplained deaths of Jurors, and family members of anyone involved directly In this case, that Simon Rumley did an excellent job as a horror director to try to explain the strange and accidental deaths after his death.
Although this I wouldn't say was directly a horror film, more of a creepy thriller, but still manages to unsettle you with some of the best visual imagery in some of the dream sequences making a very unsettling and unnerving experience. Although it was never proven the curse of Johnny Frank Garret seems to have claimed numerous Lives, deaths even to this day are unexplainable.
A decent little indie movie, that I really did get into and enjoy with above average acting from all involved, it is strange how this movie never made more of an impact on release in 2016, maybe with a DVD release this film may get more views, it is currently showing on Sky Movies or Now Tv if you have a subscription.
A creepy mind f##k of a movie that really gets under your skin
3/5⭐️⭐️⭐️
* some of the deaths I've researched on the Internet from this case.
Juror Novella Summner fell down a flight of stairs and died a few days later of complications.
Garrett’s trial lawyer Bill Kolius died of pancreatic cancer.
Garrett’s first lawyer Bruce Sadler and post-conviction trial Judge Sam Kaiser contracted the same form of leukemia. Kaiser died after initially being cured.
Juror Nathan Shackelford’s daughter died form an accidental gunshot wound to the head. His sister was run over and killed by a drunk driver.
Garrett’s trial lawyer Bill Kolius died of pancreatic cancer.
Jimmy Don Boydston contracted leukemia and died.
Officer Walt Yerger also died of leukemia.
NBC Reporter Cathy Jones died in an airplane crash in Oklahoma while covering a story.
Medical Examiner Ralph Erdemann was convicted of numerous felonies for falsifying autopsy reports. His wife died of pancreatic cancer.
Eugene “Heavy Duty” Patterson was found dead in his vehicle. A cause of death was never determined.
Watley, a jailhouse snitch who testified against Garrett for a reduced sentence, committed suicide.
Carol Moore, Garrett’s school teacher who testified against him at trial, also committed suicide.
District Attorney Danny Hill also committed suicide. His daughter hung herself a few years later.
One of Garrett’s many appellate attorneys, Jeff Blackburn lost his wife when she committed suicide. His son was accidentally locked inside a hot car in Houston and is permanently brain damaged.
Ann Richards contracted cancer twice and finally succumbed to esophageal cancer.