68 Kill, this sleazy chasing money at whatever cost looks like a lot of fun. Directed byTrent Haaga. Looks like it is full of sex, guns and gruesome murder, every horror fans dream. 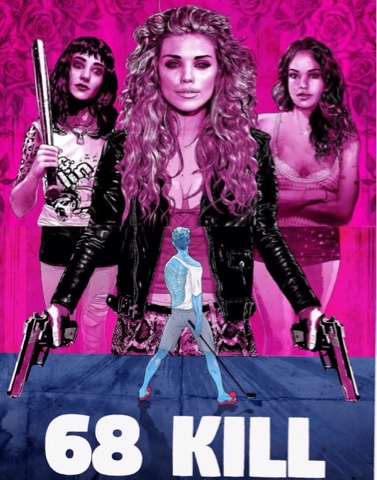 68 Kill is that sleazy type of film you don't see very often, a film full of genuinely unpleasant people, all chasing the one thing that drives you literally insane and that is the greed for money.
The film written and directed by Trent Haaga, and distribution by IFC Midnight.
The film stars Matthew Gray Gubler, AnnaLynne McCord, Alisha Boe, Sheila Vand, Sam Eidson and Michael Beasley. Looks  like it will deliver on the sleaze and gore front, I'll put the trailer down below for you to enjoy.