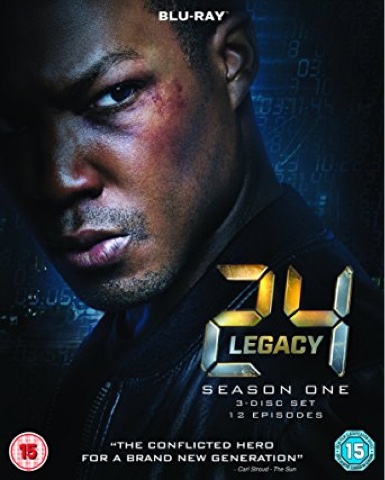 24 Legacy finally finished last week on Fox, the spin off to obvious 24 with Kiether Sutherland, this time with a new cast with the title character called Eric, WTF couldn't you come up with a more manly name than fucking Eric? Apart from that rant, the series is surprisingly watchable, but like 24 Live Another Day suffers in the final 3 episodes, and Legacy is exactly the same.

Starting from such a high point, the first 4-5 episodes are in your face action, tension, with a battle to stop a terrorist attack, from a known terrorist thought to be dead, who has many sleeper cells just ready for the call to arms, in coordinated attacks the country, making 9/11 look tame. The problem is all the code numbers, to release the cells are all on a stollen flash drive, and needs to be recovered, stolen by a special forces guy in a raid 6 months earlier, hoping this drive can be used as leverage and to bribe the authorities, or to sell back to the terrorists for money he says is earned for his services to country.
It is a battle between the terrorists and CTU who can get this USB drive first, obviously it is the terrorists who eventually get the drive, and launch the first of many terrorist attacks, the first on George Washington Bridge in New York, with devastating results.
With twists and turns, involving corrupt politicians, secret hit squads, with the US government just as evil in their methods on its war on terror, actually causes more problems on US soil, with illegal operations, that would break the Genova code, and with possible Hague war crimes against dodgy home land security and even CTU agents. We have a story that no one comes out clean, and the war on terrorism on both sides of the equation, with either side being just as brutal in their methods and ideology.
Actually showing for once that not all Muslims are fanatical, which we all know to be the case, but shows how easy it is to jump to conclusions and blame all, for the sake of a few. With an emotional Dad pleading with his daughter and son who has been radicalised, that this was not the true Islam is heartbreaking, in one episode, and showing his daughter that true Islam is about peace, which has never been shown in any episode or film before, and showing that most if not all Muslims are appalled by the use of terror in their names.
It also shows that the counter terrorism are just as evil in their methods, breaking international laws, to just get the job done.
With unfortunately very poor episode's later on with plot holes and an implausibility in the script. Which is an insult to your intelligence, to just set up another set piece or to kill off a character, such a shame as I was really enjoying this series, but completely let down by the last few episodes. With an actor Eric  ( Corey Hawkins) who is plausible in the role, but gets annoying by sniffing to many times, trust me it is an annoyance after a while, with good support from Miranda Otto starring as Rebecca Ingram head of CTU, Jimmy Smits as senator John Donavan, Shelia Vand as Nilaa Mizrani John's campaign manager.
Although this series is watchable, Corey Hawkins is no Jack Bauer, and isn't quite strong enough in the titular role, but unfortunately a TV show made just to carry on the name of a once great TV Show, that even with Kiether Sutherland died a death many seasons before. Even the special features are sparse showing that even Fox doesn't have much confidence in this TV show.
* As going to press 24 Legacy will not be renewed for a second season, although Fox still own the rights, it looks like another new reboot is on the cards.
2/5⭐️⭐️
Special features are sparse but we do get a documentary on 24 continuation in Legacy, and deleted scenes, and that is it I'm afraid. 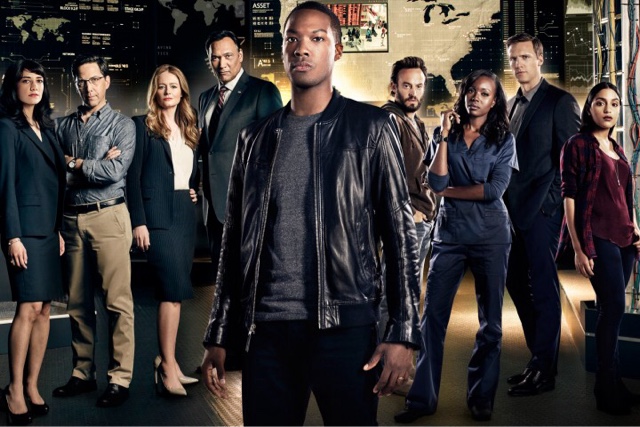